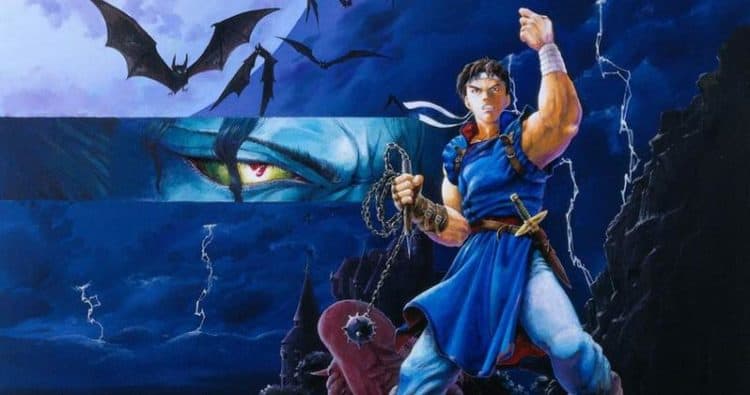 Much like any other idea, shows and movies based on video games are still popular and will probably continue to be so long as there are plenty of ways to keep telling the story. Castlevania has come up with another tale that’s not so much of a spinoff as it is a continuation. People can call it what they want obviously, but the story of Richter Belmont will be picking up where his father’s story left off, kind of. It’s very likely that the Belmont clan will be attached to the Castlevania story as long as it can be sustained, which feels reasonable since, in the history of many stories that have involved families in one quest, vendetta, or situation, it’s usually been seen that it takes great effort to separate the affected individuals from the path that their family forged so long ago. An abrupt removal wouldn’t just kill off the story, it would create the kind of tension and conflict that still creates a great story but takes longer to turn around in a realistic and understandable manner.

Castlevania has been a great addition to Netflix since its arrival, and it’s fairly certain that the network doesn’t want to let go of it just yet, but it does need to be asked whether or not a spinoff series will be just as successful, or if it will do what many similar ideas have done in the past and kind of fade off quicker than people might want to admit. Quite a few ideas that come after a highly successful one are thought to be able to pick up the story and run with it, but the problem that comes with this line of thinking is that after committing to the original series, a lot of people might be looking into what else is out there that they might want to watch, and might not find the spinoff to be quite as entertaining. It’s not a guarantee that this will happen, but the fact is, and this has been proven many times in the last several decades, spinoffs don’t always produce the same type of interest as the original idea.

Fans get so used to the original characters that when someone else is put into the lead spot, many fans will almost reject this out of hand and take to looking around to see what else might take the place of their favorite show. Many fans will give the spinoff the benefit of doubt and try to watch it, and some might even believe that it’s a worthy successor. If it truly is, and the spinoff can take the story in a new direction that’s just as compelling, then so much the better. Some spinoffs stay pretty true to the source material and don’t deviate as much, but many spinoffs will try to create their own show. The idea of ‘re-inventing the wheel’ is something that is pretty common with spinoffs as those that are pushing them forward to the public want to do something that they feel is new, innovative, and doesn’t need to lean on the old material to work. This isn’t such a bad idea really, but the story actually has to be able to stand on its own, and in the case of many spinoffs, it’s best to acknowledge the original material in order to make certain that this can happen.

Castlevania has been a favorite animated series of many people since it came out since it does draw heavily from the games and manages to keep the source material on track with what people expected. The spinoff does appear to be ready and willing to acknowledge the series it came from, which is a big help since a spinoff doesn’t need to have the original material on hand at all times, but it does help if that initial series is there when needed to access, learn from, and in many ways mimic in the early goings of a spinoff so that it can be established that the show is coming from the series before it, but is attempting to pull away gradually and by recognizing what made the first show so great. Some might want this to be a quick and painless process, but the downside of that is akin to pushing a baby bird out of the nest before they’ve grown enough to truly fly.

It’s not hard to imagine the results of such a thing since a spinoff needs the kind of development and storyline that can carry the entire thing before it can really be depended on to do anything significant. Drawing from the original series is important in this case, as is the idea that taking it just slow enough to let things develop might be the best way to go.