Home
Parenthood
Catching Up with the Bravermans: A Look at Parenthood’s Second Season 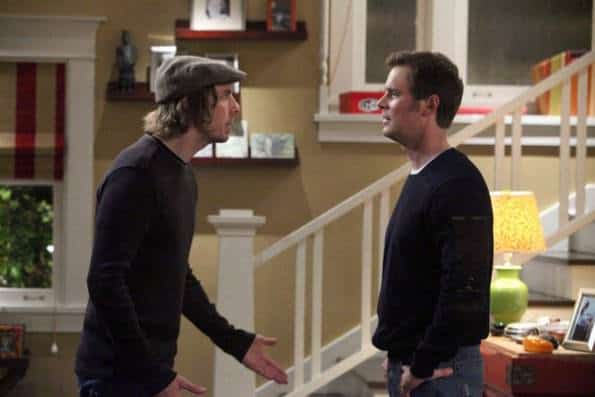 Parenthood hasn’t been on in forever, you guys. I know, I know, it’s only been a 3 week or so break, but it has felt like the Braverman family has been on a vacay for months on end. Not to worry, Parenthood fans, because they’re back! Yes, Team Braverman returns to the airwaves tonight at 10:00 on NBC for the final four episodes of its second season, so you know what that means?

Time to catch up!

For those of you who have been meaning to try Parenthood and can never seem to make time or those who are several episodes behind, you’re in luck. I’m going to lay out the most important storylines of the season, along with a few periphery stories that could always pop up and yet another reminder of when to watch so you can be right up to speed with the rest of us.

The main theme for season two of Parenthood has been independence. Yes, a show about family/what it’s like to be a parent has been keying in on independence. Surely, I jest. But trust me, I jest not. Let’s start with Haddie and Alex’s romance, which took up a good chunk of the middle of the season. Last season, Haddie had some typical teenage power struggles with her parents (particularly Kristina), so independence has already been touched on in the show, but this season took it to another level. Haddie was struggling to find her independence through volunteering at the shelter and seeing Alex and her parents were scared to death of giving it to her for fear of their oldest child making a serious mistake or falling in with the wrong crowd. This was the most I liked Kristina because at the core of her histrionics was a rawness that we’ve never seen from her, a rawness that came from personal experience. Her beau had his own apartment, a job at a shelter (where he and Haddie met), and had been in recovery from alcoholism for six months, so how was the man going to deal with their ‘little girl’? Haddie actually ended up winning the standoff, as she’s still seeing Alex, though it’s with a lot of restrictions, but we still have four episodes to go and anything can happen.

Also battling with the issue of independence are younger brother Max and her father Adam. Max, afflicted with Asperger’s Disorder for the duration of the show’s run, recently found out that he was an ‘aspie’and continues to struggle with doing things on his own vs. getting help from his loved ones. A major episode involved Adam coming to terms with the fact that Max can make it in the world through interaction with a children’s party performer who also had Asperger’s, so I’d look for the family to keep gently leading Max down the path to becoming a functional adult. It’s going to be tough, though, considering the fact that his aide just ran off to be a Charlie’s Angel. Adam’s independence comes through his anger issues, which he inherited from his father. Try as he might to distance himself from Zeek, Adam is most definitely cut from the same cloth, as the stress from an unsteady job, a rebellious kid, Max’s medical/social troubles, and the headache inducing conflicts on Planet Parenthood have made him more apt to snap at people and make rash decisions. It’s always fun to see Peter Krause be a little goofy, but some of the most powerful scenes of the season have been when we can see how everything is getting to him and that seemingly perfect family man Adam Braverman is at his wit’s end.

Sarah has been dealing with independence issues of her own. A serial monogamist, Parenthood‘s single mama has been learning how to stand on her own two feet and start a career for herself. She may have worked several odd jobs just to provide for her family, including the bartending gig she has now, but Sarah has finally found her passion: writing. Specifically, Sarah wants to be a playwright and I’m excited to see where she goes with this. She may not have lasted as an intern at Adam’s shoe company (Sarah Braverman is anything but corporate 9-to-5), but I have a feeling that Sarah will blossom doing something that she loves and something that she’s good at. She has also said goodbye to arguably two of her most important relationships in Mr. Cyr and Seth. Mr. Cyr, you may remember, was Amber’s English teacher who saw a lot of potential in the young girl and eventually started a short lived, super awkward romance with Sarah. They had some wonderful chemistry, but things just weren’t meant to be, especially considering how Amber felt about their pairing. Seth, the father of Drew and Amber, came back to town on tour with his band and instead of running back to the recovering addict, Sarah stood her ground and realized that she doesn’t need a man in her life in order to love her kids, do well for herself, and feel complete. It’s interesting that it was the guys in her life that pointed her in the right direction, but whatever it takes to see Sarah find a purpose with a little slice of happiness is fine by me.