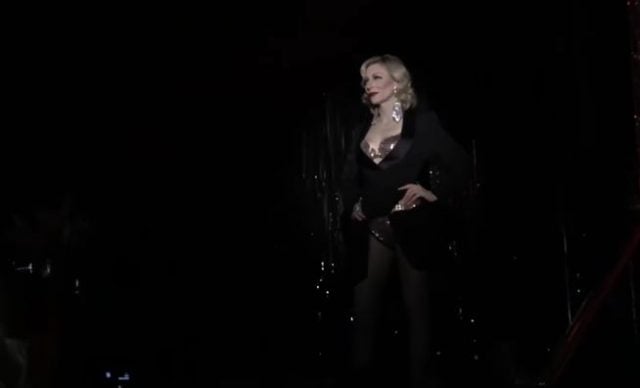 It’s pretty hard to not like Cate Blanchett.Â  I mean if you equate her to some of the characters she’s played in movies I can see where there might be an “elitist” kind of a vibe.Â  But as long as you detach yourself from the roles she plays what you see in a real life is an extremely intelligent, talented, and overall, solid individual.Â  But if there’s one thing you probably didn’t think about Cate Blanchett, it’s that she’d by lip syncing at a Drag Show.

According to a few clips that have made their way onto the internet Blanchett lip-synced Dusty Springfield’s “You Don’t Own Me” and Adele’s “Hello.” Blanchett is currently performing in The Present on Broadway and in Carol.Â Â  The real question is if the Oscars will get a hold of this clip in tie to convince Blanchett to repeat her performance.

While Blanchett herself wasn’t technically in drag, she brought the house down here.Â  I’m a huge fan of when you see celebrities pop up and make surprise appearances at events like this.Â  I feel like we’re getting a lot more of that lately and I hope the trend continues.