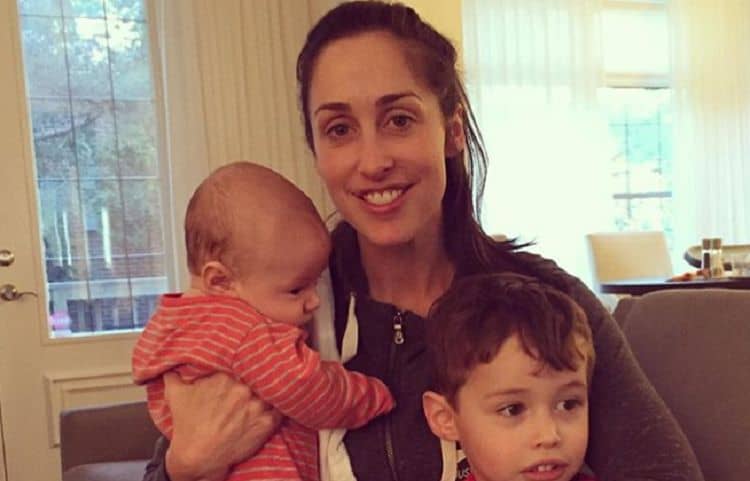 If anyone has ever questioned whether women really can have it all in terms of a successful career and a happy family, Catherine Reitman is proof. Her experiences are a large part of the reason she created the series Workin’ Moms. A lot has changed since she made her on screen debut in 1988, but Catherine has only gotten better with time. Over the years, Catherine has mastered the art of taking care of her family while also achieving new heights in her career. Continue reading for 10 things you didn’t know about Catherine Reitman.

1. She Isn’t The Only Person In Her Family To Be Involved In TV/Film

Catherine’s father is film director, Ivan Reitman. He is best-known for directing and producing Ghostbusters and Ghostbusters II. Catherine’s mother, GeneviÃ¨ve Robert, is a Canadian actress.Â  Her brother Jason Reitman is a well-known actor who has appeared in films like Juno, Thank You for Smoking, and Labor Day.

2. She Struggled With Postpartum Depression

After giving birth to her first child, Catherine dealt with postpartum depression. She went through feelings of extreme loneliness but didn’t realize that she was experience postpartum at the time. Many of the things she went through as a new mother are what helped inspire Workin’ Moms.

If you’ve ever felt like Kate (Catherine’s character on Workin’ Moms) and her husband Nate had incredible chemistry, that’s because the chemistry is very real. Catherine’s real life husband, Philip Sternberg, also plays her on screen husband.

4. She Was Born And Raised In Los Angeles

Although both of her parents are from Canada, Catherine was born and raised in Los Angeles. She attended the Buckley School which is a private institution that caters to wealthy families. Paris Hilton and Nicole Richie attended the school at the same time as Catherine.

5. She Hopes The Show Will Reach All Mothers

Although the show’s title is Workin’ Moms, Catherine hopes that it will appear to all mothers and not just those who are also following the career path. Catherine says she knows just how isolating it can be to become a mother and she hopes the show depicts some of the realistic struggles that women often have to face. Catherine says she’s even had women who don’t have children come up to her and tell her how much they love the show.

6. She Has Two Children

Catherine has accomplished a lot of things in her professional life, but in her personal life, nothing beats the accomplishment of becoming a mother. She has two children, a son and a daughter, and she is grateful for the gifts they have brought into her life. Her busy schedule means she doesn’t always get to spend as much time with them as she’s like, but she cherishes each moment they have together.

7. She Was A Mean Girl In Middle School

Catherine had a hard time fitting in and middle school. As a result, she turned into somewhat of a bully to protect herself. She told The Globe and Mail, “I knew how to come up with jokes at someone’s expense really fast. After about a year I snapped out of it, and I still feel deeply ashamed. But it was a survival technique. I was lost and sad and looking for some control. And, I realize now, practising wit.”

Paying attention to the details is one of Catherine’s best skills and likely what sets her apart from others. She’s the type of person who notices everything and she’s used this skill as a way to make sure Workin’ Moms is as realistic as possible.

9. She Sometimes Feels Selfish For Chasing Her Dreams

When Catherine was young, her mother made the choice to walk away from her career to raise a family. Now that Catherine has a family of her own, she has decided to make the opposite choice. She is still very passionate about pursuing her career goals, and sometimes she feels a little selfish about that.

10. She Studied Acting In College

There’s no doubt that Catherine Reitman is a natural, but she’s also got the formal training to back it up. She studied acting at the University of Southern California. While there, she also joined the Groundlings Improv Troupe. Working on improv helped Catherine further develop her skills.