Home
Movies
Cats Movie is Freakishly Terrifying: Who Wants To See This? 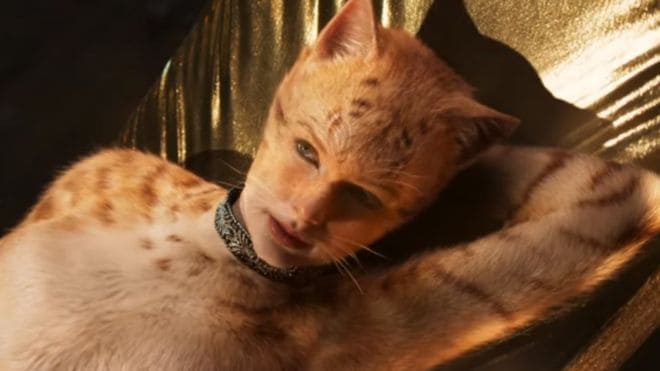 Maybe I’m not as ‘woke’ as some people or maybe I’m a classless dolt that doesn’t see the value in this movie but Cats looks almost like a nightmare shared by Tim Burton and transferred to the big screen directly from a stage production. In other words it looks like a jumbled, terrifying mess that is being made because Hollywood wants to look more artsy and return to the glamour of the stage that some movies don’t seem to reflect as much these days. Cats will no doubt appeal to a good number of people that might be curious or at least willing to see what’s been done with one of the biggest and most well-known theater productions ever, but count me out of this one. Somehow I don’t think that the producers of this movie will miss that $12 ticket but it also seems as though those who go to see this might be mixed in their reviews once they sit down to try and enjoy the whole thing. While I could very well be wrong there seems like a lot of chance to be right on the money since if you’ve seen the movie Monkeybone you might at least get a feel for how this movie seems to look and how it could be construed as a walking, meowing nightmare.

Emily Dixon of CNN seems to agree that this version of Andrew Lloyd Webber’s classic is already looking like it might be more capable of creating sleepless nights and painful renditions of Memory than anything else. It’s a wonder that any of the major stars thought this was a good idea to star in, but then again it’s a job and some of them might actually have taken a liking to the story, which is understandable. Of course it’s still hard to watch stars the caliber of those that are seen in the trailer prancing around in anthropomorphic cat costumes that are strangely anatomically incorrect. That might be an odd thing to obsess over so I won’t mention it again, but the disturbing manner of the trailer seems to flaunt this quite easily as some of the cast are decked out in clothing while the rest are going in the buff so to speak. There’s just so much to say about this movie at this point that it almost seems unfair since a great deal of it according to many people will center around how disturbing the whole things seems. That being said though it does feel as though a lot of people might go and watch it just to see if it really is any good, and some people might actually come to really enjoy it.

The one thing about any movie is that the trailer might show some of the best or most revealing parts, but quite often it’s what gets people in the seats. In this case however the seats might get filled once or twice, or more, just because of morbid curiosity. So far there haven’t been a lot of people that seem ready to beat down the doors and announce that they want to see this flick since the idea of it at this point is keeping people at a distance. Others might argue and say that’s not true since they want to see it and are willing to try and entice others to do the same, but yes, this trailer looks undeniably creepy and seems to inspire little more than the need to stay well away from even the idea of sitting down to watch it. Some might even go so far as to say that the unease it causes is why it could do very well since people are drawn to the curiosities that a lot of us feel are less than worth watching, and it could be that I’ll be eating my words here in a while. But right from the start this trailer looks like something I would have gladly avoided had I know just how cringe-worthy it was going to be.

Naaman Zhou from The Guardian continues this feeling by posting a number of tweets that have gone so far as to call this movie demented and even going so far as to say that this is NOT how we’d like to see Dame Judi Dench. It’s hard to argue with that, or the fact that no amount of public opinion will be able to get the movie to change the look of the characters. It’s amazing how a movie like Sonic the Hedgehog drew such ire from fans of the franchise that the filmmakers decided to delay the movie long enough to change things around, but something as iconic and classic as Cats thought that this idea would be accepted without fail. Oh when Hollywood takes a tumble it does so in style, but not always with a big helping of grace.