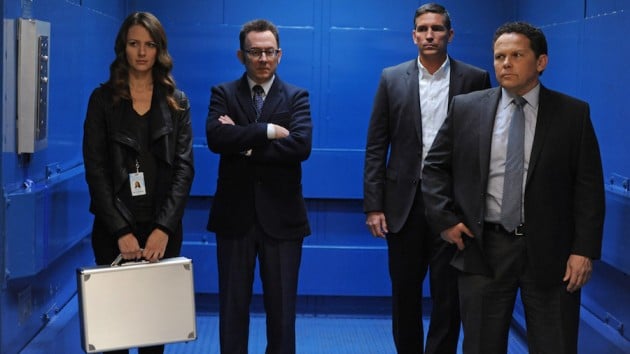 CBS didn’t need The Machine’s help Â in making this decision. The network has renewed Person Of Interest for a fifth season. Joining Person Of Interest in CBS’ renewal announcements are fellow long-running CBS series, such asÂ Hawaii Five-0Â andÂ The Good Wife, along with two of the network’s freshman series,Â CSI: CyberÂ andÂ The Odd Couple. CBS renewed 15 series in total.

Unfortunately, it hasn’t been good for all of CBS’ shows. Late last week, the network cancelled freshman dramasÂ Battle CreekÂ andÂ Stalker, as well as first year comedyÂ The McCarthys.Â Battle CreekÂ still has three more episodes remaining (which will continue to air on Sunday nights at 10 p.m.), whileÂ StalkerÂ airs the first of Â its finale two hours tonight at 9 p.m.Â The McCarthysÂ aired its last new episode back in January.

And from reports, fans ofÂ CSIÂ don’t have to worry about the long-running series (which just wrapped up its 15th season back in February) joining the group of cancelled CBS shows. The network is reportedly finalizing plans to bring CSIÂ back for an abbreviated 16th and final season.

Which CBS series are you most happy to see renewed? Comment below and let us know.