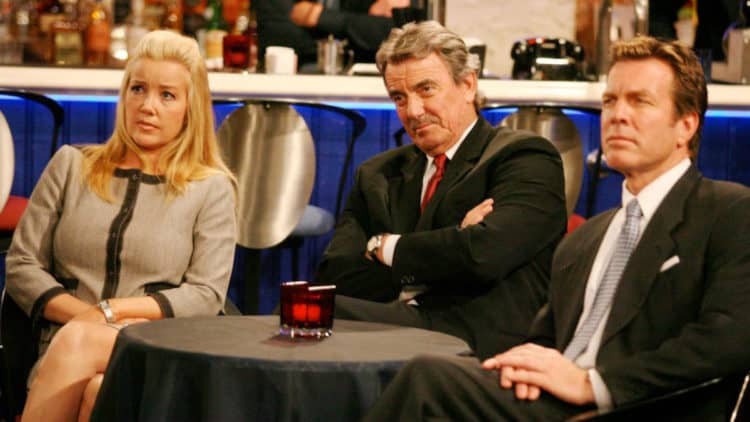 Young and the Restless fans know that there is a lot happening right now. It’s a big year. It’s a big time. It’s a lot. We don’t know about you, but it’s the kind of day we really do want to celebrate all the good dads. When we were thinking of good dads in Genoa City, we were having a hard time coming up with those who are the best ones. It seems so many of them have hurt their kids so many times. They’ve used them, lied to them, tried to off them, and taken things from them that they can never get back. Some of them have married their own kids’ spouses and they’ve made lives miserable from time to time, but we want to take a look at the dad’s who do seem to try very hard to make it work.

He is a dad who wants to do what he wants to do. He’s a dad who has tried so hard to be a good one. He’s taken in kids that are not even his own kids to take in. He’s been there for them when the found out that he is not their father. He’s loved them, taken care of them, and done everything for them. He is not perfect by any means, but he is a man who is going to do good things for those in his life. He’s a man who will be able to make things right and good again, and he is a man who really does want to do the right thing in the right way, and that’s all we can ask. However, we are so hopeful that he can continue to do this and make things right in the lives of his own kids.

He came into town as a child predator and no one wanted a thing to do with him, but now he’s doing a lot more than he did in the past. He’s changed his ways. He seems to be doing a much better job in life than he did in the past, and we do think that he’s doing better. We think he’s been a good dad since he had the opportunity to have kids of his own, and we just aren’t mad about that. He seems to have some big changes in his life that have worked out well for him, and we are not disappointed in that one.

Of all the dads, we have to say he might be our favorite. He’s a man who adopted kids who didn’t have a home, and he gave them one. He did all he could to protect his own family, to give to them, and to make sure that they had a life to lead that was a good one. He’s never done anything on purpose to hurt them – though they have occasionally had their own issues from time to time – and he loves his kids. He’s always been there for them, and the loss of their father was clearly a horrible situation for each one of his kids. They very obviously loved him and wanted to be with him, and that was something that was evident in how much they seem to miss him now that he is gone. He was a great dad, and he was a great example of the ones we like to celebrate in Genoa City. They aren’t all good ones, but he was.