Home
TV News
The Celebrities Who Have Narrated “Thomas and Friends” 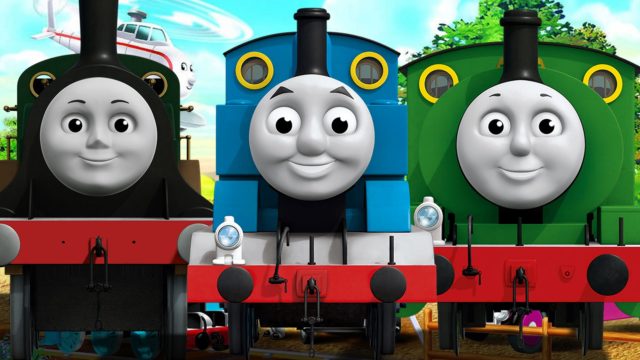 However you feel about Thomas and Friends, the show has gained a lot of popularity over the years and has drawn a few celebrities to the role of narrator that you might not have expected. Some people might find the show a little creepy or even unexpectedly dark at times but despite that it’s still been seen as one of the favorite kid shows that is thoroughly enjoyed by many toddlers and older children. The names of those who have done the narration though isn’t so much surprising as it is kind of impressive. Thinking that a kid’s show can pull down major voice talent isn’t something that should make your eyes widen but it can be since there are a few of the people on the list you wouldn’t expect to go this direction.

Ringo Starr from the Beatles is on the list if you can believe that, as he narrated the show in the 1980’s until around 1990. I wonder if anyone realized the narration they were listening to at that time belonged to one of the most famous men in the world, at least in his time. The late George Carlin stepped up to the narrator’s podium as well, and so did Alec Baldwin, both of them taking the show through the 90’s and into the early 2000’s. Famous Bond actor Pierce Brosnan even took a turn for one series when he came on as the guest narrator.

You can definitely see how the show should have gotten just a little more attention as it drew a few big names when it came to the narrator’s spot, a role that helps set the pace for the entire show. But the truth of it is that while Thomas and Friends is still a popular kid show it can’t always keep up with the new and quicker-moving series that are currently available, or those that might still be in development but are moving quickly and taking over the TV day by day. Thomas is still a very loved show and a lot of kids still know who the tank engine is, but it would almost seem like his days are becoming numbered as the bigger, bolder cartoons and shows are crowding in, trying to get their time in the spotlight.

This is the way of things unfortunately, but so long as the show can draw on narrators and other voice actors that are well known in the entertainment industry it might be possible to hold on for a while longer. After all there are still many kids that love Thomas and Friends and enjoy the stories and the overall dynamic of the show. It shouldn’t be bound to go out any time soon, especially since it carved out a niche for itself a long time ago. There have been a couple of shows centered around trains that I can recall in the recent past, such as Chuggington and Choo Choo Soul, but they haven’t stuck around quite as long. They might still be available On Demand or something similar, but it’s not quite the same.