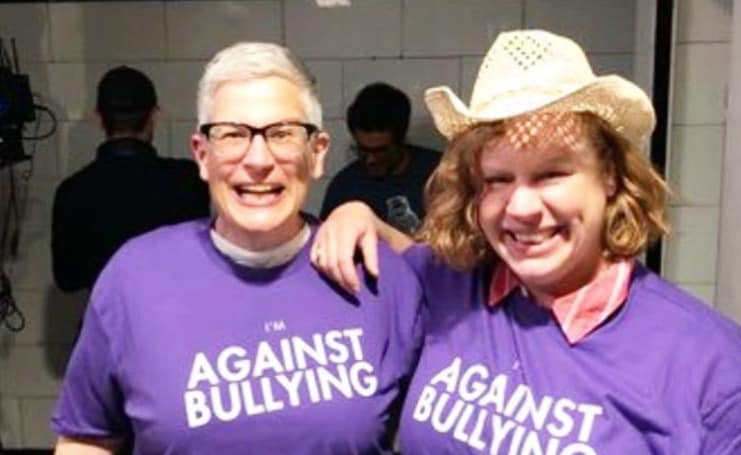 Celeste Pechous is an actress and writer who studied improvisation prior to moving into her professional career. We’ve likely all seen her face in one television show or movie or another, as she has more than twenty-seven different TV shows and movies credited to her resume. However, after a while, many stars seem to all look like someone else, particularly if the parts they have played are small, or are simply cameo roles. Chances are, though, that all of us have laid eyes on her before.

Besides all of the small-screen and large screen parts she’s had, Pechous has also the honor of working in some of the most well-known and reputable improve theaters on the planet, and has traveled all over the world to share her art with the public audience. She also trained with, and performed for, The Annoyance Theater, and is proudly a Second City alumni out of Chicago. This is all saying quite a bit about her professional credentials, but the fact is that most of us on this side of the show business fence really have no idea about her past or personal life, or even what she is consistently doing now or planning in the future.

We’ve decided we would take this opportunity, along with you, our Faithful Reader, to beef up on our knowledge of Celeste Pechous the Person. Once again, we have compiled a list of ten facts about the actress with pertain not only to her career, but to her life outside of it as well. From her childhood to current day, these things will certainly enrich your knowledge of Pechous and pretty much guarantee that the next time any of us happens to spot her on the tube or while watching a movie, we’ll know exactly who she is from the start. So relax, grab a snack, and keep on reading.

Celeste was, of course, born and raised in Iowa. While the names and occupations of her parents are not readily available, she has four brothers and a sister that are also members of her ‘tribe’. She also got her primary and secondary educations in Iowa before moving on to study in the field of entertainment as a young adult.

When training for show business, Celeste’s main focus was improvisation. She studied at Second City Chicago, Second City Chicago/LA, The Annoyance Theater, and iO Chicago/LA . During those training years, Celeste resided in Chicago, and remained there for a total of ten years to continue working and gaining experience, which she got in great abundance during those years.

In our opinion, Celeste’s appearance fits her profession perfectly. She stands 5’7” tall and weighs approximately 160 lbs. She has shoulder-length red hair and green eyes, and she wears glasses. Her personal style is basic, and seems a bit ‘outdoorsy’: blue jeans, t-shirts or other pullover tops, and plaid flannel shirts thrown over are suited to both her personal and professional styles, considering that she is an improve actress. In other words, she seems to fit into her life perfectly, and the way she dresses and carries herself is highly reflective of that fact.

Pechous has many talents, all of which she seems well-able to fit into the roles and other professional gigs she does. She is highly skilled and trained in improve, is a talented comedienne, and even does impressions. She is an alto with a Southern accent, and is also experienced in voiceover work. In her spare time she likes freestyle swimming, fishing, and yoga.

Celeste’s very first gig was on television. It was on the Comedy Central show ‘Workaholics’, and she played a stripper/pole dancer in a 2011 episode entitled ‘Dry Guys’. The show actually ran in its entirety from 2011 to 2017, but she was not a regular cast member.

Pechous success in her field is second to one thing only: Her ability to keep her past and private life under wraps. Not only is there no solid given history of past relationships, from what we can find we can only deduce that she has never married and never had children. Her sexual orientation is unclear, as well, though most of her work focuses on the lives and times of those in the LGBTQ community and the issues they face on a day-to-day basis. This fact may be a clear indication of her orientation, but no verifiable facts are available.

We do know, however, that Celeste is at least somewhat active on social media. She uses Twitter, and can be found there at @cpechous. On Instagram she is at @celesteinclogs, and she has more than 1600 followers. As of late, Celeste has been using those platforms to cover her most recent project, Showtime’s ‘Work in Progress’, a comedy series about the LGBTQ community.

A Showtime series, ‘Work In Progress’ is Pechous’ latest endeavor; she plays Campbell on the series. The show is about a woman named Abby who is at a point of re-evaluation in her life. After experiencing a bit of life-changing heartache, she starts a relationship that completely changes both her perspective and her lifestyle. The show is a comedy, and Pechous not only works with co-stars Abby McEneny and Karin Anglin. She also writes for the series.

Celeste is not only an actress and writer, she is an educator, coach, and director. As an educator and coach, Pechous holds a classes for UCLA’s Continuing Education program teaching Improv at Second City LA, and she also holds a workshop entitled ‘Impride’, where she coaches on the same topic for Finest City Improv.

As we stated before, Celeste has quite the extensive history, with a professional resume that is as long as she is tall. Not only is she credited for a number of television commercials, she also had roles in programs like ‘One Day at a Time’, ‘Brooklyn Nine Nine’, and ‘Hot In Cleveland’, just to name a few. She won an award for her work in the short film ‘Past Due’, which she also wrote, and also won awards for ‘The Clan’ and ‘Weddings of Mass Destruction’. She has appeared in countless improve shows and other theater works, and had roles in films like ‘Get Shorty’, ‘Sharp Objects’, ‘Stranger Than Fiction’, and many, many more.

Well, we managed to get it together for you in spite of the lack of personal information on Celeste Pechous that’s out there. On the other hand, the stuff we did find seemed to make this particular ’10 Things’ list even more personal than usual, and that made it fun. Now that you know more about this multi-talented entertainer we’re sure that you’ll enjoy each and every performance you get to see of hers more than ever. Make sure to check out her new series, ‘Work In Progress’, and keep your eyes and ears open, because she has even more offerings coming in the near future. We wish Celeste the best of luck in all of her goals and endeavors.