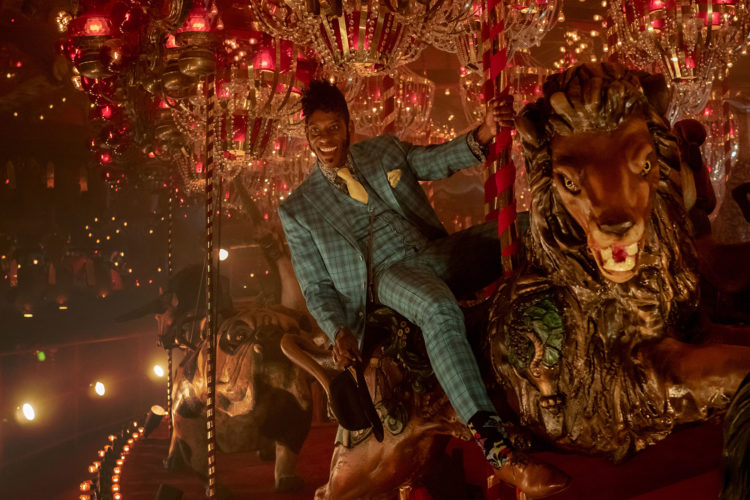 One of the biggest challenges to American Gods for the second season doesn’t seem to have to do with the cast, but instead has a lot to do with the issue surrounding showrunner Jesse Alexander. So far it would seem that constant production issues, delays, and script doctoring that frustrated cast members have done on their own initiative are the biggest challenges that have yet to be resolved. Alexander has subsequently been asked to no longer work on American Gods as a showrunner or writer and has even been asked to not be involved in any other aspects of the show. In short, he’s been booted in a very polite manner and allowed to walk so as to keep the cast and the crew from offering up a mutiny that might kill the entire program. When actors are in a snit because of a script or a few words here and there it’s not that bad, but when the whole cast seems content to change their script and go against the showrunner you can bet that there are problems.

Unfortunately what this means is that others have had to take up the mantle of writing and making sure the story progresses forward, and as a result it’s slow-going since the issues between Alexander’s ideas, which were why he was brought in to supplement Neil Gaiman’s original ideas, and the cast simply haven’t been resolved in the manner that anyone might have liked to see. The whole issue between those that act and those that don’t is a matter perspective unfortunately, and while one side might not see much of a problem, the other side has a distinct view that’s anything but similar and could see a host of problems that the other side simply can’t or won’t notice.

American Gods is one of the many shows that has a richly-detailed identity that is important to preserve since it tells a fascinating story and creates a world in which the unimaginable is still very believable and the unexplained is still able to be kept a mystery that only those in the know can figure out. If one thinks it is only about white European gods then they haven’t watched the show yet and should give it a look since there are a great many cultural deities included within the story, and all of them have their own stake in the world that once worshiped them in great numbers. It’s true that Odin, or Mr. Wednesday, is perhaps one of the most powerful and influential among them, but he’s also another schemer in the grand game that seeks to further his own ends no matter that he might seem altruistic at some points. That being set aside, the gods are often shown as rather capricious beings that know who and what they are and know very well that despite their power there is a very real threat that they might need to band against or simply run from depending on their own personal desires.

With something so complex and in such need of a delicate touch and a very cultural-minded individual it seems as though it was bound to have problems since the many different characters are sorely in need of someone that’s going to know just how to handle them in more than a few situations. Neil Gaiman’s attempts to bring the characters to life is masterful enough that it prompts the idea that he might have been the best person to keep in the loop at all times to keep this show going, but it sounds as though he’s already on to another project and is spending less and and less time on American Gods, at least for the moment. But the problem with this is that it doesn’t bode well for those that have to make sure that the show is good to go and able to stay on a steady course. The creator of the story is usually the best person to keep it in line and keep the dialogue flowing in a way that can truly give the show its wings.

One might say that if these are the biggest hurdles a show has to deal with then they should be doing just fine once they get past such concerns. But the downfall of that line of thinking is that such hurdles can derail a show if the cast has little to no respect for the creative process of the showrunner that’s in charge. The chemistry that has to exist between the actor and the script can reach a serious and very detrimental stage if the script writer isn’t up to the job or somehow finds a way to irritate those that have to read and flow with the script.

It’s enough to say that people might still enjoy the show for what it is and what it offers, but behind the scenes the issues do need to be dealt with.