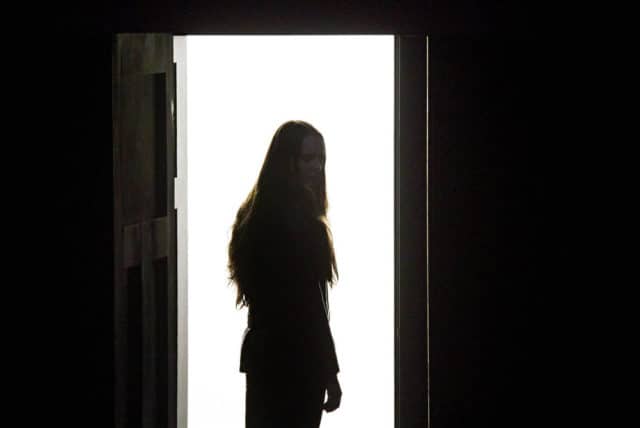 It’s been a completely bonkers season onÂ Channel Zero, and our journey through theÂ No-End House has been one of the most memorable horror experiences in television history. All good things must end, though, so let’s take one last trip with “The Hollow Girl.”

The finale opens with a look at what life is like for Margot and her father now that she is (knowingly) living inside of the No-End House, and the setting has a very creepy vibe that hammers in the point of this not at all being a “normal” life. You can tell that both of them have more or less settled into this new reality, but that doesn’t change the fact that it isn’t at all the way Margot’s life should be going. Seth’s presence in this reality only adds to that eerie feeling.

Amy Forsyth, John Carroll Lynch, and Jeff Ward all deliver pretty powerful performances in this episode, something that the setting allows for very well. Ward in particular has his best performance of the season in “The Hollow Girl,” and it helps to keep the character of Seth in your mind. The mysterious nature of Seth sort of kept him lower on the radar through most of the season, so I’m glad that it was made clear how important he ended up being to the story. 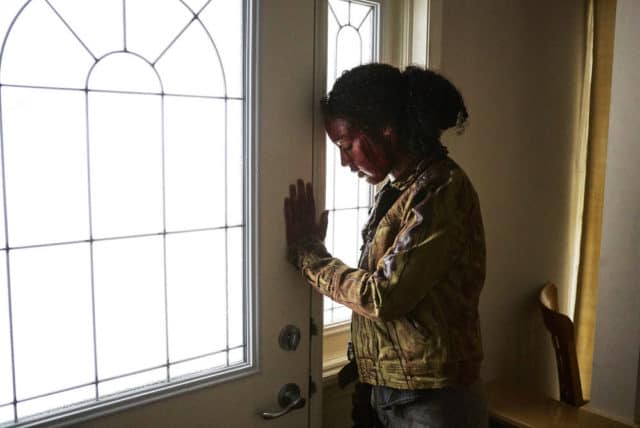 Jules’ story in the finale is also top-notch, and I’ve really loved the work that Aisha Dee has done this season. While Forsyth and Lynch have been the “stars of the show,” more or less, Dee and her character have been the glue that’s held everything together.

Something that I loved about “The Hollow Girl” is the way that it built up the mythology of the No-End House a little more while still keeping it mysterious. It’s important that the audience isn’t kept completely in the dark about how such an important narrative piece functions (this isn’t a David Lynch film, after all), but it’s equally important that we only get the answers that we absolutely need. Horror isn’t horror when it’s fully explained, and Nick Antosca and his team have done a wonderful job running with that idea this season.

The actual design of the season is on display as wonderfully as ever in “The Hollow Girl,” and I’m still so incredibly impressed with Steven Piet’s direction and Isaac Bauman’s cinematography. They’re only pieces of the whole, of course (though they’re pretty major pieces), but so much ofÂ Channel Zero‘s effectiveness comes from the visual presentation. I can’t think of another show on television right now that is as visually impressive asÂ Channel Zero, and the team behind it is completely the reason why.

The final scene between Margot and her father, as short as it may be, is possibly the single best scene of the season (and maybe of the series so far), and it’s the perfect resolution to six episodes of narrative building.

“The Hollow Girl,” just like the rest ofÂ No-End House, absolutely blew me away, and it helped cement this season ofÂ Channel Zero has, possibly, the single best horror story that there’s ever been on television. Visually, narratively, and emotionally,Â Channel Zero: No-End House has delivered week in and week out, and the hardest part of the finale is knowing that this season had to end. “The Hollow Girl” is a spectacular way to end, though, and I can’t wait to see what Nick Antosca has cooked up for the future.

What did you think of the finale ofÂ Channel Zero: No-End House? Did it surpassÂ Candle Cove? Let us know your thoughts in the comments down below!

“The Hollow Girl” ends our journey through the No-End House on the perfect note, solidifying this season of Channel Zero as the single best horror story that television has ever seen.