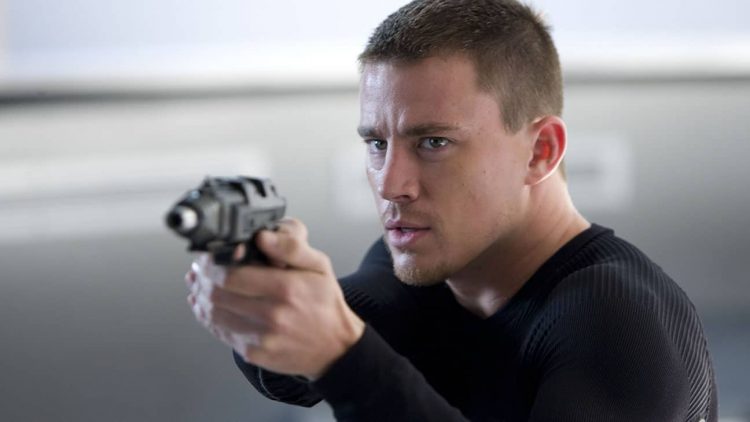 Do you get the feeling that Channing Tatum is trying to see what else he can do besides act because he’s kind of just slogging through his career at this point? It could be that he’s just interested to see what the view is like from the director’s seat but it could also have something to do with the fact that Magic Mike has been one of his biggest hits in recent times and the Gambit movie seems light years from ever hitting a theater, if it’s still even an option. According to Ryan Scott of MovieWeb his upcoming movie Dog is set to start filming in 2020 so it’s likely that we won’t see it for a while to come. It does sound as though it might be the kind of comedy we’ve become used to seeing him in though, kind of like the 21 Jump Street style that and Jonah Hill made popular again as a duo. This time around though Tatum will be acting with another partner, a canine that is going to be the former companion of his deceased friend, whose funeral he and his dog are seeking to attend.

Some actors can slip-slide from one genre to another pretty easily and make it believable thanks to their very versatile nature, but as good as Channing can be, and he can be very good in a role, it really seems as though he only has a couple of settings and that tends to range from drama to comedy, since even his action movies tend to bring in a strange mixture of both. If you’ll remember his brief time in the G.I. Joe spotlight, he was in the first movie and in the second for a short amount of time, he was still kind of the funny guy even though he had to get serious throughout the length of the picture. Still, it doesn’t seem as though he has all that much range, but it also doesn’t seem as though he needs it as it can be seen with a select number of people his range just barely covers the bases he needs in order to be malleable enough to be enjoyable in a number of roles. From drama to comedy to action he’s got the acting chops that make it work and yet you can’t help but feel that there’s something missing, some vital component that would widen his base talent and make it even better. Maybe it’s just a matter of time until we see it, but at this moment it is enough to state that he’s a good actor and does deserve the accolades that have come his way.

It’d be great to see what he might be able to do as Gambit, and even better if he was finally included in the X-Men, but if that opportunity ever comes around again it almost seems as though Disney would glance at him and say ‘nah, we got this’, which would make a lot of us groan since it would be typical Disney and therefore mean that someone less deserving of the role would be coming in to take the spot, or the character just wouldn’t make the cut anyway. It will be interesting to see what he can do behind the scenes as well as in front of the camera since he’ll be taking on both roles during this movie and is even helping to write it. This will be a serious test as to whether he can be an all-around kind of guy on the set or if we’re going to be looking at each other and wondering just who decided to fund this project and why. It’s a hope obviously that the latter won’t be the case but you can’t help but think that unless a person has the kind of training and education that it takes sometimes to really figure out the nuances of being a director. Given that he bowed out of college the education part isn’t there unless you count actually being on the set and paying attention to what’s going on. In some way that seems to be all that a lot of people actually need before they decide that they want to go ahead and try it.

In a way, as a writer, that should kind of upset a lot of people it would seem since it seems to suggest that one doesn’t need a whole lot of training to tell a story. It’s true in a way, all you need is the imagination and the willpower to see it through, but at the same time it makes you wonder how many actors out there think they can do the job and how many really can. We’re going to get a chance to see if Tatum has that gift eventually, so hopefully all will go well.