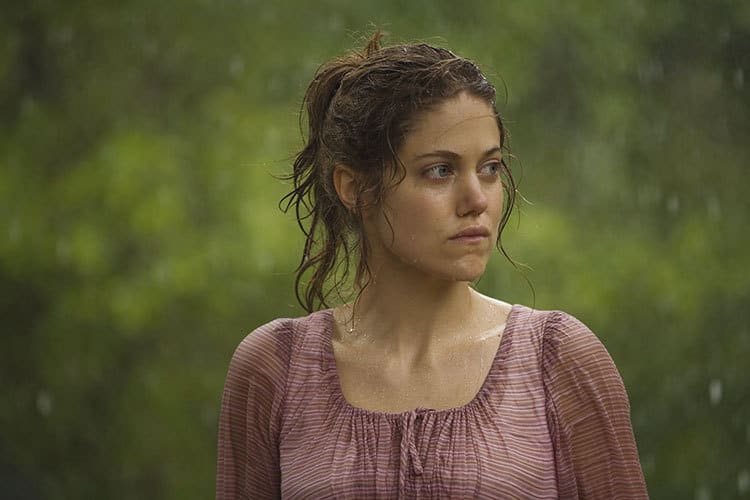 Charity Wakenfield has already had a very successful career. However, 2020 could prove to be the year that helps her take things to a new level. Her role in the new Hulu series, The Great, has introduced her to a much wider audience. Being a leading character on a popular show produced by a major streaming platform can instantly help take an actor’s career to new heights. Although most of Charity’s work is best known in the United Kingdom, American viewers are about to get a lot more familiar with her. Continue reading for 10 things you didn’t know about Charity Wakefield.

Charity was born in Sussex but considers London her home. She says she loves London because “It’s so vibrant, full of culture, art, music and you just have to walk the streets to see it all and be invited in. Whenever I can I’ll get up high somewhere like the Tate Modern and take in the ever-changing architectural landscapes that live in harmony with each other.”

2. Surfing Is One Of Her Favorite Things

Even though Charity loves acting, sometimes she needs a break. When she gets time off from working, one of her favorite things to do is hit the beach and go surfing. She says that surfing is ” exhilarating, exhausting, blissful and scary in equal measure”. Charity also believes that her love of surfing taught her patience.

3. She Plays The Piano

When Charity was cast as Marianne Dashwood in Sense & Sensibility, she knew her character would have to play the piano. Although she didn’t know how to play the instrument, she decided to learn. She ordered an electric keyboard from the Internet and learned how to play. When Marianne is playing the keyboard in the film, it’s really is Charity.

Charity is all about creators having freedom to make things as they please. For that reason, she’s inspired by independent projects. She told The Stage, “I really admire anyone who makes independent work. It’s brave to do that, and risky, but so much more interesting than to look at the market and say, what will sell this year?”

Lots of women in the industry have expressed frustration that there is a lack of strong roles for female characters. Charity Wakefield definitely feels that frustration as well. She told MTV, “I think women want to see other women be strong and powerful and there’s no reason why they can’t be. We’re proving that as we go along.”

6. Her Grandfather Was An Actor

Acting is something that runs in Charity’s family. Her maternal grandfather was well-known British actor, James Hayter. He was best-known for his roles in The Story of Robin Hood and His Merrie Men and The Pickwick Papers. Sadly, he passed away just three years after Charity was born.

7. She Lived In Spain

London may be Charity’s home, but it isn’t the only home she’s ever had. When she was very young, she spent some time living in a small village in Spain called Villajoyosa. Her earliest memories are of living in Spain and she still visits the country often to see family.

It’s clear that acting is something that runs through Charity’s blood, but she still decided to pursue formal acting training. She attended the Oxford School of Drama. Charity said she chose the school because “she loved the teaching staff that I met during the audition process. Also, in the training you need focus, and you have to address your own personal truths as part of the process of learning to understand yourself, before applying character work.”

9. She Had An Interesting First Job

Lots of actors have stories about working random jobs before their acting careers took off. However, Charity might have one of the most unique stories yet. Prior to becoming an actor, her first job was picking strawberries and selling and planting seedlings.

10. She Has Advice For Young Actors

Graduating from school is just as stressful as it is excited. While there’s a great feeling of accomplishment, there’s also lots of anxiety around what’s going to happen next. Charity has the following words of encouragement for young drama school graduates: “you have so much to give the industry, by virtue of your newness to it. That we, as older industry professionals, are excited to see what you have to say.”