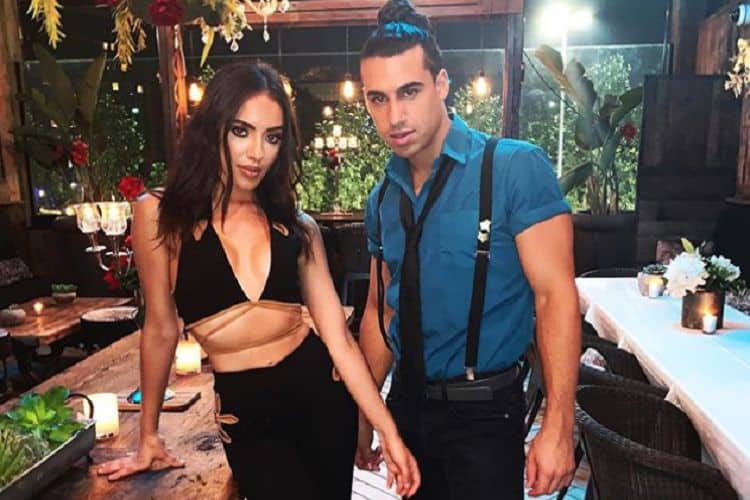 Vanderpump Rules is the reality show that kind of broke the mold. We are so accustomed to seeing reality television in which wealthy housewives live their lives. We see wealthy realtors and business people and young people with big bank accounts going on about their everyday lives. We see groups of young people sharing houses together for the summer to have some fun and escape their realities a few days at a time, but who know that a group of waitstaff at a famous woman’s restaurant would become wealthy and famous on their own as they worked for Lisa Vanderpump waiting tables and pouring drinks? Well, it happened, and it’s reality, and now we need to get to know the new girl. She’s not famous yet, but she will be. Her name is Charli Burnett, and she’s here for a reason.

She says she’s never had it even once in her life. She doesn’t even know if she likes it or not, but she doesn’t care, either. It’s her believe that pasta is the sole reason people get fat, and she is not down with that. We are not entirely sure why she felt the need to share this with the world – because pasta is delicious and I eat it all the time and I’m not fat – but that’s that. Maybe she was looking to not make any new friends.

As does everyone else on reality television. You might be shocked – not – to hear that she’s got bigger dreams than waiting tables and pouring drinks. She’s going to be a star. She wants to be a model or an actress. Maybe both. Whatever; she just wants to be famous, which is pretty much why every single person comes onto reality television in the first place, right?

Before she was a reality television star and a waitress, she was a pageant girl. We get it. She’s got the look, and she’s gorgeous. She probably made an excellent pageant girl, but we have no honest idea if she ever won or if she simply competed. We just know that she did this, and that it was part of her life for some time before she outgrew it.

Before she got her start here, she was also in a few commercials. She works with an agency that books her as often as they can, and sometimes they book her for commercials. So, this is not the first time she will be on television. She’s no stranger to being in front of the camera, which is clear by how comfortable she seems in front of it, too. We see her being talented and actually accomplishing her dreams at some point.

It seems that she might not have many fans already, and those non-fans might just be the very same people she is working with. She’s got to see it for herself, but we can already see people like Jax on the internet on his social media pages making fun of her and calling her a liar for never eating pasta. He doesn’t believe her, and it appears that Lala doesn’t, either. She called her a very unflattering name on Jax Taylor’s Instagram.

She is not getting a very warm welcome to the show. It seems that many people don’t know her yet, but they don’t seem to want to get to know her, either. Fans seem to think that she made a bad first impression with the whole pasta thing, and they are not looking to like her. They don’t know much about her yet, but she’s assuring them that as they get to know her, they will like her. So far, they just don’t. We want to give her some more time.

7. She’s Got a Decent Social Following

We only looked at her Instagram account, but she has almost 18k followers right now. The more she gets, the more famous she will become. As she is on the show a little longer and people get the chance to know her a little better they will see that she’s just a much different person than they thought. They will also start following her on social media a bit more, which is always going to help her out with her fame and her career. Being an influencer is the dream these days, and most people are working hard on that one.

In fact, most of her Instagram feed is her in a swimsuit. We know she models a bit, so we have to wonder if a lot of those shots are of her working her angles for the job, but she’s made it known that she has to get her girls up higher for bigger tips – so we know she’s also working some other angles to help her get her career off the ground. No shame in doing what you have to do.

9. Her Insta is All Business

If you scroll through, you might find the odd photo of her having some real life fun with real life people, but mostly you are going to see her doing nothing but modeling. She does a lot of her work online, and she’s keeping her image right. She seems to know that her social media profiles can either make or break her career, and she’s keeping hers very carefully curated as a result.

It might seem like a sad thing to realize that no one likes you a minute after your first appearance on television, but she’s not worried about it. She knows that first impressions can be a problem for many, but she’s okay with being the kind of girl who grows on you a little at a time. Honesty, I feel you, girl. I feel you, and I’m okay with that, too.