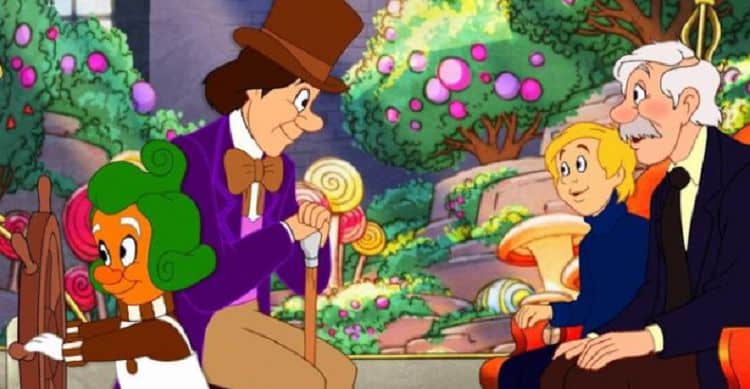 Taika Waititi is definitely a big name in Hollywood right now as he’s been tearing it up in a big way when it comes to movies. Now it sounds as though he’s ready to take on a project that will explore and expand the world of Charlie and the Chocolate Factory. He’ll be taking on two different series that will be making their way to Netflix, though according to Kevin Burwick of TVWeb it’s not know just yet when each series will be coming to the streaming network. After having seen what Taika has done with various other projects under his guidance and control it’s easy to think that this might go well beyond the boundaries of the original story and tell a tale that is set within the same world but at the same time will give us so much more when it comes to the famous Willy Wonka and his Oompa Loompa’s, who will be the subject of the second series that Taika will be taking on. This iconic story has been a part of pop culture for so long at this point that it’s become a multi-generational favorite among many and has also become a readily accepted tale that people continue to talk about depending on which version a person wishes to discuss.

The original movie with Gene Wilder as Willy Wonka was and still is the most classic version that a lot of people have come to enjoy since it took the story in a direction that wasn’t entirely positive and at times was a little unnerving. But as many might state it was also one of the only ways that it could have possibly gone since the movie was magic in a way that was hard to replicate without heavy use of CGI and effects that simply weren’t available at the time. It’s still easy to admit that a lot of what went into the making of the first movie was absolutely brilliant since it was bringing up a story that people had already been aware of, but in a way that was beyond the scope of many at that time. There were definitely elements in the tale that were more feasible to younger minds than they would have been to those that were older and were apt to ask more questions about how things worked and the science behind it all, not to mention the common sense, but thankfully most people agreed that it was a delightful movie even if it became a little dark in some areas. Willy Wonka’s speech in the tunnel after all was enough to freak the actors out, especially since the boat scene was a last-minute decision, and because in the office when Wonka yells at the last remaining pair it wasn’t planned that way. Andy Golder of Buzzfeed has a few more facts about the movie that might be of interest.

It’s easy to state that the remake, undertaken by Tim Burton and starring Johnny Depp, wasn’t exactly loved by everyone since it was seen to be way too dark and didn’t offer up any real chance of laughter other than to mock the horrible children and their enabling parents since their fates were so well-deserved. If anything, Burton took the story and ran with it into the shadows to make something a great deal more disturbing than it might have been in the original, though it did have the effect of creeping people out. The version of Wonka that Depp portrayed was a man that was highly neurotic and even withdrawn to a degree that being around people, parents especially, was a deeply disturbing and disquieting event thanks to the trauma of his own childhood. And yet, for all that, by the time the movie ends Wonka and his father reconcile and he becomes a pleasant individual once again, but only slightly less neurotic. It’s going to be interesting to see what Taika’s take on this will be and how he’ll continue to expand the world of Wonka and the Oompa Loompa’s since if you remember, Burton did this at least a little bit since he did have Wonka go in search of the Oompa Loompa’s so that he could offer them a place in his factory and his life. It was kind of a strange coexistence but it made for a few memorable moments.

With his reputation and his ability to turn something into a spectacle that people want to see it’s a big belief that Taika will be able to take this idea and make it into something that will be groundbreaking and innovative in a way that people haven’t yet seen, which is saying something when it comes to this particular story. How it will happen is hard to say, and when it will be coming out isn’t yet known, but it’s more than a little obvious that people are willing to wait.