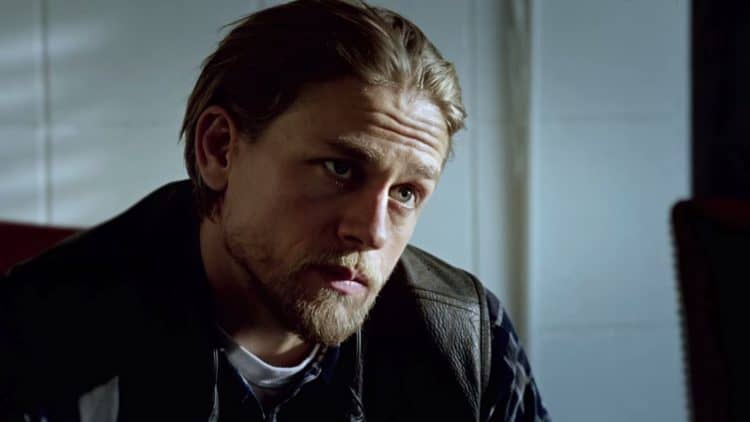 At one point in time, a lot of people didn’t know who Charlie Hunnam was, and before the role of Jax Teller, he’d already started out on a career, but hadn’t really become known the way he is now, or was during the course of Sons of Anarchy. As Jax, he became a household name for a lot of people since he was the son of the former president of the Redwood Original chapter of SAMCRO, and the eventual president after he’d dethroned his president at the time, Clay, who was played by Ron Perlman. The show featured quite a few talented actors such as Perlman, Katie Sagal, who people might remember from Married With Children, Dayton Callie, Kim Coates, and Tommy Flanagan among others, meaning that it was filled with talent that wasn’t exactly A-list, but were all solid in their careers and brought a lot of expertise to the show. Plus, with several guest stars that showed up throughout the course of the show, SOA was one of the most-watched programs during its time, and for good reason. But when asked if he would take on the role of Jax Teller once again, Hunnam made it pretty clear that he’d ridden that arc from start to finish and has no designs on going back to SOA, ever. A lot of actors have been asked about taking on old roles that helped to make them famous, or that increased the veracity of their career, and they’ve stated that if things worked out just right they might go back. But Hunnam is adamant about this, since the moment he put down the character of Jax he was done, over, finito, and won’t consider going back.

That’s admirable in a very profound manner since too many actors if paid enough, would go back to their old characters in a heartbeat, no matter what kind of cockamamie way the director and writers had found to bring them back. There are rumors that Arrow might be revived at this point, but one has to wonder just how far a character being brought back can be taken before fans finally say ‘enough’. With Jax, there might be a way to bring him back simply because no one actually saw him die, but the amount of blood running into frame from off-screen was a good indication that his fated ride and the resulting collision would be more than enough to spell out his end. The fact that Hunnam even says the character is dead is an indication that he’s glad to have taken on the role and seen it through to the end, but is well and done with it now. He won’t even put the outfit on for Halloween apparently, as he became close to the character of Jax Teller and gave so much of himself that he doesn’t want to revisit it at all. Hunnam gave a lot to SOA, and it shows since he became one of the most integral parts of the show. But now that it’s over and done with it’s time to let it rest and to keep things from being revived in a way that would only cheapen the story after a while.

Since SOA, Hunnam has been seen in several other projects such as Pacific Rim, The Gentlemen, King Arthur: Legend of the Sword, and several other projects, and he’s been doing what he can to keep his reputation up and display himself as a serious actor. Thus far he’s done pretty well since a lot of people happen to like him and think that he should be given a chance for other, bigger roles that would allow him to climb even higher up the Hollywood ladder. His turn as Jax Teller was a wake-up call to a lot of people that he was a real talent and someone that could be taken seriously. Anyone that could hang with the crew of SOA, especially as a lead, is someone that is worth keeping around, since seeing what else he can do has been a big drive when it comes to a lot of projects that he’s been involved in. While it’s true that some folks have offered a lot of criticism towards a few of his roles, as Pacific Rim fell a little flat at times, there’s still enough reason to be impressed with Hunnam and everything he’s achieved so far. Wondering what he’s going to do next is a big question, but thinking that he’d ever try to go back to playing the part of Jax is something that most people that have seen the show should know is never going to happen. It’s usually not a great idea to say never in any situation, but in this matter, it feels that one can be confident in stating that even if Jax was somehow brought back, it wouldn’t be Hunnam starring in the role.