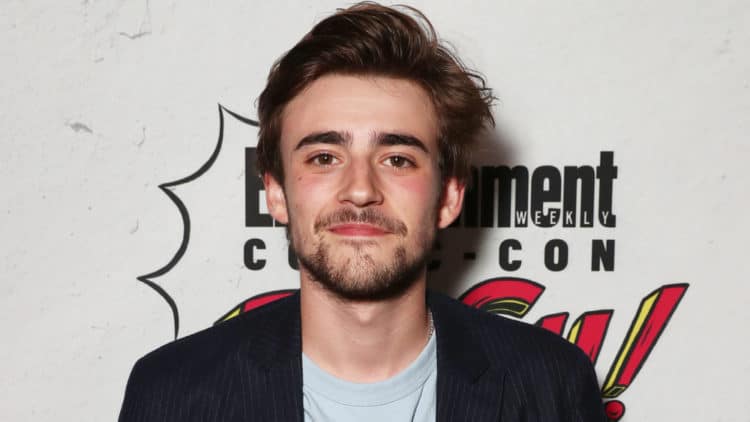 Charlie Rowe may not have the longest list of acting credits, but quality over quantity is the name of the game. Since making his on screen debut in 2006, Charlie has found a good deal of success on both the big and small screens. TV fans will know him best from his role in shows like Salvation and The Band Society. His most well-known film role came in the 2019 biopic, Rocketman, in which he played Ray Williams, the producer who discovered Elton John. Recently, it was announced that Charlie will have a role in the upcoming TV series Angelyne which will be quite a departure from any role he’s ever played. Continue reading to learn 10 things you didn’t know about Charlie Rowe.

1. He Comes From A Family Of Actors

Charlie deciding to be an actor probably wasn’t much of a shock to anyone who knows the history of his family. His dad is an actor and a writer and his mother is a drama teacher. Charlie’s grandmother, Andree Evans, was a successful actress whose career spanned the course of five decades. His aunt, Claire Price, is also an actress.

2. He Got His First Professional Job When He Was 8

Even though he is only in his early 20s, Charlie is already approaching veteran status in the entertainment world. While talking to Interview Magazine he said that he got his first professional job when he was only 8-years-old. The job was a commercial for a toy that was popular in the UK called Subbuteo.

3. He Wants To Get Into Directing

Acting has been Charlie’s main focus for most of his life, but he eventually wants to switch over into behind the scenes work. His goal is to become a director and his childhood plan was always to act for 15 years and then direct for another 15. While he may not stick to those exact timelines, directing is still in his future.

4. He Was Being Considered For The Role Of Spider-Man In Captain America: Civil War

Being a part of the Marvel Comic Universe is something that many actors dream of, and it’s a dream that almost came true for Charlie. He auditioned for the role of Spider-Man in the 2016 film Captain America: Civil War but the part ultimately went to Tom Holland.

Charlie was born and raised in England and he will always have love for his home country, but that doesn’t mean he doesn’t like to get out and see what the rest of the world has to offer. He enjoys traveling and has gotten to visit lots of places including France, the United States, and the Netherlands.

Charlie is just as comfortable being behind the camera as he is being in front of it. He loves photography and has a knack for taking beautiful photos. In addition to capturing amazing moments during his travels, he also loves to take pictures of things in his daily life.

7. He Was Supposed To Be In X-Men: First Class

Unfortunately for Charlie, it looks like super hero projects just aren’t meant to be for him. He was cast to play the younger version of  Charles Xavier in the 2011 film X-Men: First Class, but had to be replaced because filming conflicted with another project he was working on at the time. The role ended up going to Laurence Belcher.

8. James Gandolfini Is His Favorite Actor

On top of being an actor himself, Charlie is also a big fan of other people’s work. He told Interview Magazine, “I think my all time favorite actor is James Gandolfini. He’s fantastic and I’m so sad that he’s gone because I would’ve loved to have met him. He tells a million stories with his eyes—he can tell a whole scene with his eyes.”

As far as we can tell, Charlie has never pursued a professional music career, however, it does look like he once tried his hand at being in a band called The Space Kids that he was in with his friends. In an Instagram photo, Charlie shared a picture of some lyrics he’d written when he was younger for a song called “Pizza”.

10. His Fans Have A Cool Nickname

Unless you’re a huge Charlie Rowe fan, you may not be aware of the cool nickname his fan base has given themselves. Apparently, his fans like to refer to themselves as Rowebots. Charlie is definitely in good company when it comes to celebrities whose fans have nicknamed themselves.