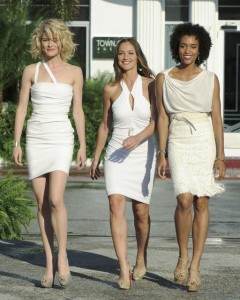 The new Charlie’s Angels reboot has earned itself a spot on ABC’s 2011-2012 schedule (view it here) and we have your first look at the new show.

This crop of Charlie’s Angels a thief, a street racer and a cop who all have problems of their own, but Charlie Townsend is offering them all a second chance.

Abby (Rachael Taylor), used to be a princess on Park Avenue who eventually become an accomplished thief. Kate (Annie Ilonzeh) was a cop who fell from grace and lost her fiancé and career. Then there’s Gloria, a former army lieutenant who ends up dying early in the series, which prompts Charlie to recruit Gloria’s old friend Eve (Minka Kelly), a street racer with her own mysterious past.

The three will work together in Miami to kick a little ass and solve some cases. Below are two sneak peeks from the pilot episode, as well as some promo photos for the show.

Charlie’s Angels will air on Thursday nights at 8:00 p.m. ET on ABC in the fall. 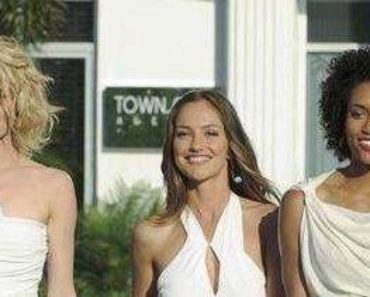