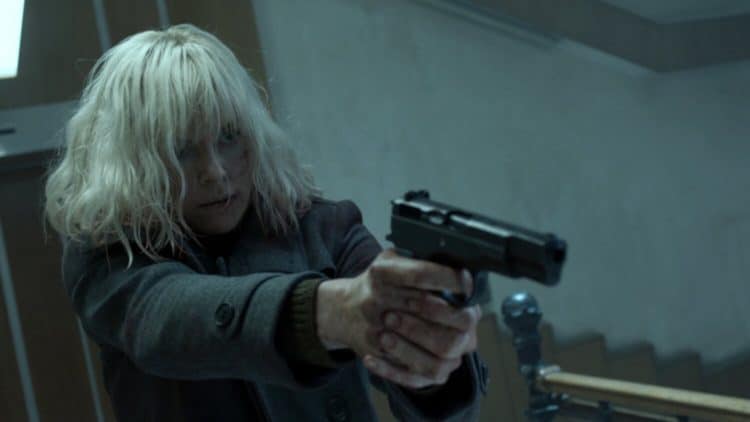 Here’s a novel idea: leave the old movies alone and start making your own. It’s revolutionary, I get it, and some people have actually done it using the old movies as a basis for what to do and what to include in their storyline, which is great and sometimes even works out. But there are bound to be a few people that might be up in arms if Charlize Theron and a fan that pitched an idea about a Die Hard movie featuring Theron as a woman attempting to rescue her wife, if only because it would be an attempt to change the Die Hard name. A lesbian couple in a movie is not a big deal, but it’s the idea that naming it Die Hard would be the plan that might upset folks since the whole idea of Die Hard, like any, should be versatile, but it almost feels as though the title deserves to be retired or left alone. If not, then many things can be said about this type of movie idea, not the least of which is that someone has to take something that’s been well-established and revered and fit it into their personal narrative while disregarding what so many others find appealing, which would be to leave Die Hard alone.

Charlize Theron’s status as an action star is still debatable with some people since, despite her work in Atomic Blonde and Old Guard and her status as a big Hollywood star, she still has a few limitations in the eyes of many when it comes to being truly effective. But that’s a matter of opinion, and to many others, she’s been a great actress, action star, and box office attraction since she’s managed to create an on-screen persona that allows her to be entirely effective with her fanbase. But having to ride the coattails of the Die Hard franchise, which is exactly what it would be, should hopefully be seen as something that’s not only beneath her but would be abhorrent enough to the fanbase that it would quickly be revised. Giving the green light to an action thriller that has Die Hard elements in it would be fine since there’s no way to tell someone that they can’t use an older movie as inspiration and snag a few of the more popular elements from it that they might want to use. But co-opting the name and the feel of the movie entirely would be a poor decision if it was made by those in charge. Realizing that the term ‘Die Hard-like’ has been used though, it’s still a tenuous idea that, on its own, would be interesting to see developed. There would still be that hint of uncertainty though, that idea that someone might actually copy Die Hard bit for bit and update it just enough to make people believe that it’s not the same movie. This would be what a lot of fans of the original movie would be looking for without a doubt.

Let’s be entirely honest, since feelings put aside, the need to make movies and keep the ideas that birth them moving forward does need to happen since to remain flexible and versatile in the world these days is to flirt with and possibly find success. In an era that’s seen remakes, reboots, and sequels and continuations occur so often, especially with action movies, one has to wonder why in the world it’s still increasingly difficult to find a new action movie that can be derived from an old idea without having to flirt with the idea that it might actually overtake the older movie. It might be that this is jumping the gun and making a mountain out of a molehill since an idea is simply an idea, and ideas are free to experience and push to those that are interested. But in that vein let’s just say that if Theron did take on a movie such as this, let’s hope it wouldn’t be called Die Hard and that it could in fact be a fun and engaging action movie that would join the others that people have enjoyed watching her in recently. There’s nothing wrong with action movies since they’re a big part of the entertainment industry and a huge draw for fans that want to see something exciting. But leaving the old movies alone and using their ideas and various elements in new ways while paying homage to them would be great, it would be awesome. But leaving their names alone and not trying to re-invent the wheel would be great.

Customizing and bringing a new level of efficiency to something that’s been working for so long is great, but trying to break it all down and redo it is going to meet with stiff resistance, there’s no doubt of this.