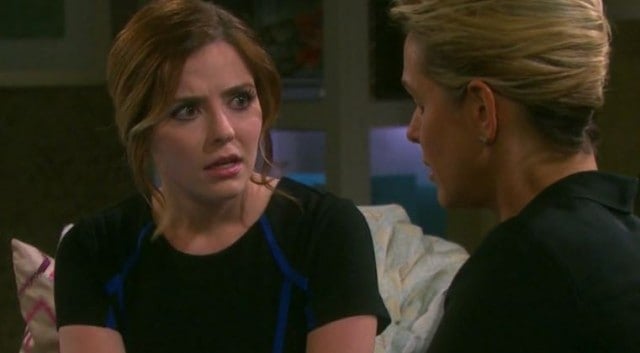 Bad times are upon the people in this community right now, and Wednesday’s Days of Our Lives proves that sometimes you have to stop what you’re doing and take a look around to realize that it’s not all about you. Everyone was still reeling today from all that happened on the show before, including Joey who had to watch his father as he was getting naked with Ava. Not understanding that his father has no feelings for Ava but was only working through a situation in which he was being blackmailed, Joey ran out and vomited. Not only did he catch Steve cheating on his mother, he also saw the woman who just broke his heart getting busy with him. It’s all too much for him to bear, and he’s not handling it well.

Belle is still reeling after catching her daughter and Eve sharing a nice moment in the park. She does not want Eve in her daughter’s life, her daughter seems to hate her at the moment and she cannot catch a break. She turns to her husband, even though he is not the one she really wants, and they find themselves in an embrace. She now has to think about what that means and what it meant that when she was out of Shawn’s arms she had to call Philip and ask to meet him. Does that mean anything? What’s going on with the two of them and what is up with her love triangle?

Meanwhile, we’re happy to say that Chase has been located, even though he and Ciara are getting into it again. There is no easy way to say this, but he is the one bullying Theo and she is not happy with him. Their fight caused him to come out and get lost in the woods and now it’s causing Rafe and Hope to have to deal with this along with everything else that they have to deal with in their lives. They’re hiding out so that they can get out of Andre’s way for a while, hoping that if they are not in town he will not bother them about his suspicions that she killed Stefano. They have no idea he found the body of his father before the building was demolished and that he was caught in the blast and is even angrier now than he was before. It’s not looking good for them at all right now. 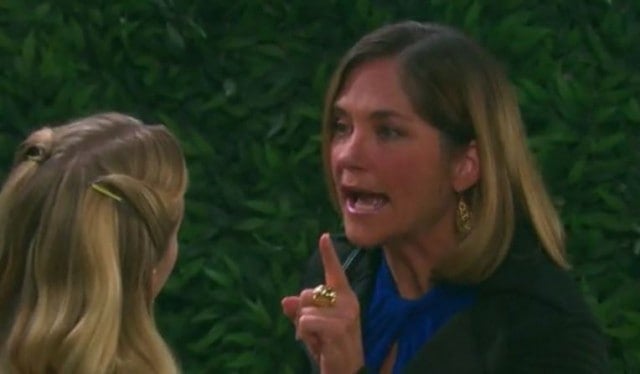 Rafe and Hope attempt to intervene by telling him how disappointed that they are in him for being the one who bullied Theo, and Ciara tells him that she’s having a difficult time forgiving him. Hope thinks that he needs to apologize to Theo. They go home and he does, but Theo is not having any of it. He is angry, as he should be. When Chase says that he hopes Theo will forgive him at some point, Theo tells him it really is not a likely scenario. He is not looking forward to being friendly, but he seems to consider it when Ciara asks him to do it for her. Meanwhile, Andre hasn’t told Chad yet what happened, but he is stalking Hope from outside her house. Chad could care less since he asked Abby to move into the mansion with him, she said yes, and he gave her a ring. They are a happy couple right now, and Chad isn’t looking for anything to mess with that.

Eric and Jennifer have it out and it’s not anything that goes well. When she denies that she has a drug problem, Eric catches her popping pills at an AA meeting and lets her have it. When the meeting is introduced and Eric is called to stand up, he is not happy about it and he runs out. He’s mad. He doesn’t want to be there and he’s upset with Jenn. When Eric is found in the park by Jenn and Lucas, they encourage him to go back and get the help that he needs, which is what sets him off in the first place. Jenn has no right to tell him what to do when she’s clearly popping pills. When he calls her a hypocrite for trying to get him to get help when she’s doing the same thing, she brings up the fact that she is actually in pain thanks to the fact that he is a drunk driver who ruined everyone’s lives. Horrified, Eric apologizes, but it’s too late for Jenn. She is finished with his crap.