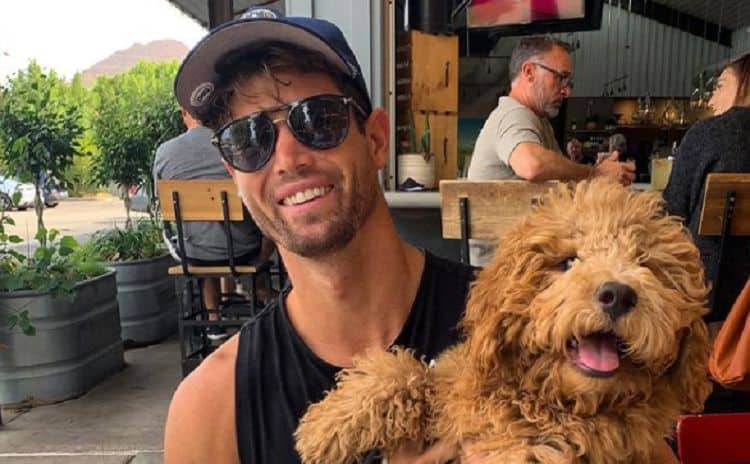 This season of The Bachelorette has been one for the ages. For the first time in the history of the United States version, there have been two Bachelorettes. Now that Clare Crawley has already found love, it’s Tayshia Adams’ turn, and Chasen Nick is one of the contestants in the running. The California native has never had a super serious relationship, but he’s ready to settle down and he’s hoping that Tayshia will be the one. It’s already clear that he has the good looks and charm to attract Tayshia’s attention, but will that be enough to keep it? It’ll be a while before we know whether or not Chasen finds love, but for now we’re all enjoying the ride. Keep reading for 10 things you didn’t know about Chasen Nick.

Good looks certainly aren’t the only thing Chasen has to offer. He has a lot going for him in his professional life as well. After earning a bachelor’s degree in business administration from California Polytechnic State University he went on to have a successful career in IT. His LinkedIn profile shows that he has been working with Apex Systems for more than eight years.

2. He Is Family Oriented

One of the qualities that lots of people tend to like in a partner is someone who values family. Luckily for Tayshia, this is a quality that Chasen seems to have. He has a very close relationship with his parents and sisters. In an Instagram post from January 2020, Chasen shared a photo of his family with the caption, “The unconditional love and support I get from them every day pushes me forward every second❤️. We have WAY too much fun as a family!”

3. He Is The Romantic Type

If Tayshia is hoping to get swept off of her feet, Chasen is more than ready to be the guy to do it. According to his bio in the ABC website, he considers himself the romantic type and he is looking forward to finding a person he can spoil and love unconditionally.

Chasen has been a swimmer for almost his entire life. He grew up heavily involved in the sport and went on to be a member of the swim team during his college years. Looking for love on The Bachelorette isn’t the same as racing in a pool, but hopefully he can tap into that same competitive energy.

Chasen is a very adventurous person and he’s always down to try something new and have a good time. Traveling is one of his favorite things to do and he’s gotten the chance to visit some awesome places both in and outside of the United States. Some of his favorite trips have been to places like Mexico, Spain, and Croatia.

If one of the first things you thought when you saw Chasen was ‘wow, this guy should be a model,’ you aren’t alone. The good news, however, is that he’s already a model.- and not just the social media kind either. He is currently signed to a modeling agency called No Ties Management.

7. He Is Really Into Fitness

Having a beach body all year long requires a lot of hard work, but Chasen doesn’t mind doing what it takes. While many people struggle to find the energy to go to the gym, Chasen loves working out. He especially enjoys finding creative exercises to keep himself looking and feeling his best.

All of the dog people out there will be happy to know that Chasen is a diehard dog person. It doesn’t look like he has a dog of his own yet, but one day he hopes to get a golden doodle. Chasen’s love for dogs might even score him some additional cool points with Tayshia.

Chasen was born and raised in the San Diego area and he grew up being a fan of the Oakland Raiders. Like many fans, Chasen was sad to see the team living the city and moving to Las Vegas after the 2019 season. He and his family were in attendance at the team’s final game in Oakland.

10. He Is Grateful For All Of His Fans

Since being on The Bachelorette, Chasen has built up a pretty decent following of viewers who are really rooting for him. He now has nearly 40,000 followers on Instagram and he loves interacting with fans by reposting images and videos of them watching the show.