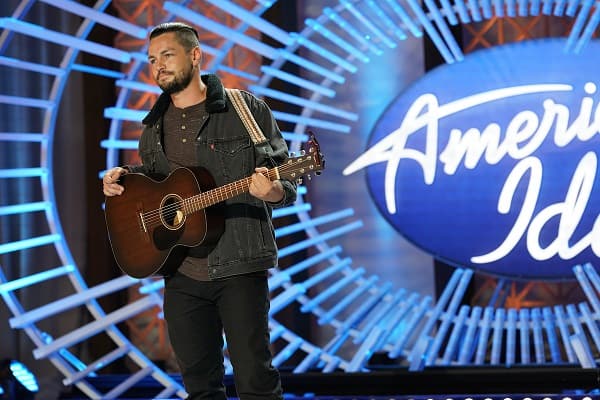 For Chayce Beckham, getting the chance to perform in front of the American Idol judges was a dream come true. Not only did he perform though, he completely blew it out of the water. After singing, the judges were in complete awe of what he had just done. He received high praise with Katy Perry saying, “You sound like the heart of American, I think you’re a top 5”. So far, it seems like lots of viewers agree and Chayce is already getting a lot of love. As he journey continues to Hollywood — and hopefully beyond — it’ll be exciting to see how Chayce is able to stack up with the competition. Regardless of how things turn out for him, being on the show will definitely help elevate his career to new heights. Keep reading for 10 things you didn’t know about Chayce Beckham.

Having a great singing voice is one thing, but being able to write your own songs is another. Chayce has been fortunate to be blessed with both skills. He is a talented songwriter and writing has become a great way for him to release stress and express himself.

Prior to auditioning for American Idol, Chayce had recently gone through a difficult period in his life. He had found himself drinking too much and feeling down about life. Fortunately, music was something he could always rely on and being on the show has given him something positive to look forward to.

3. He’s Working On Releasing His Own Music

Every artist dreams of the day when they can share their music with the world, and Chayce is getting there. Although he hasn’t released any solo projects yet, he’s currently working on something that he’s excited to share with the world. He plans to drop it in 2021 although he hasn’t shared the exact release date.

4. He’s All About Staying Positive

Chayce has been through a lot over the years, but he has always managed to find a way to keep moving forward. His positive attitude is something that radiates through the screen and even viewers can’t help but notice it. Having an optimistic mindset will definitely come in handy for him during the competition.

5. He Works For A Construction Rental Company

Although music is Chayce’s passion, it’s not something he gets to do on a full-time basis just yet. At the moment, he works for a company that rents out construction equipment such as forklifts and tractors. Hopefully some day soon, however, he’ll be living his dream 24/7.

American Idol may be a competition, but many times the contestants form genuine bonds with one another. That seems to be the case for Chayce and Benson Boone. The two have formed a solid friendship and are rooting for each either. They’ve even come up with a combined nickname: #bayce.

Sometimes its the simple things in life that really bring people the most peace, and this is something Chayce knows from experience. Chayce loves spending time outdoors and it’s become the perfect place for him to clear his head. He loves hiking and exploring and sometimes he even likes to sit outside and play his guitar.

Being on a show like American Idol can be fun, but it can also be extremely stressful. So it goes without saying that having a strong support system is very important, and Chayce is lucky to have one with him at every step of the way. Chayce comes from a close knit family and there are very supportive of his musical aspirations. His parents even feel as though the opportunity to be on American Idol has saved his life.

The world now knows Chayce as a solo artist, but he was also a member of a band for several years. The band was called Sinking Sailors and performed mostly reggae music. The band released two EPs, one in 2017 and another in 2018. It’s unclear whether or not they’re still performing together or have disbanded completely.

10. He’s Not Really Into Social Media

Being on American Idol has done wonders for Chayce’s online presence. He now has more than 27,000 followers on Instagram and that number will definitely be increasing as the competition continues. Surprisingly though, Chayce doesn’t seem to spend much time on social media and it appears that he only started the account to keep his fans in the loop throughout the season.