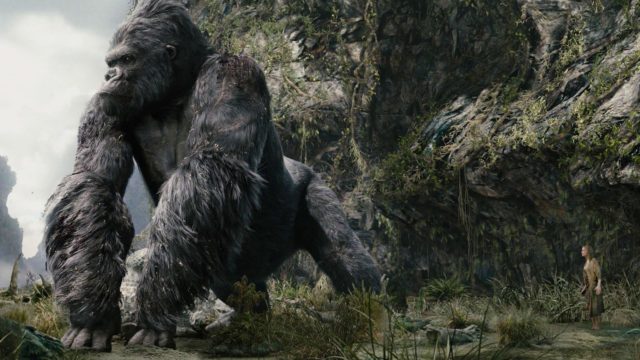 Honest trailers are….interesting, to say the least. They point out a lot that you might not have thought was wrong with the movie, or if you did, you had the decency not to say so. Â When it comes to Kong: Skull Island, my belief is that a lot of viewers were willing to be at least a little forgiving based upon the last few versions of King Kong that we’ve seen. The version with Naomi Watts and Adrian Brody wasn’t that horrible, but it was short of the mark of what people really wanted. This time though the fight is brought to Kong’s home and there’s little doubt that once the humans enter Skull Island they’re outmatched.

That doesn’t stop them from trying though, and eventually overcoming at least a few obstacles. Kong however is one obstacle that they just can’t eliminate and it seriously infuriates Samuel L. Jackson’s character, who swears a vendetta on Kong for the death of his men. I mean really, ignore the fact that there are creatures all over the island that would love to kill you and eat you alive, let’s go after the one big hairy ape that seems to be doing his best to keep the REAL nasty critters from waking up.

Also, let’s follow movie guidelines and not listen to the only American that’s been on the island for a while and knows a few things. By all means let’s listen to the people that are searching for monsters but have no idea just what to do when they find them. Yeah, that makes the kind of movie sense that we’re used to. In the meantime we’ll just follow the guy that’s so bent on taking out Kong that he can’t see anything else that might be coming at him from any other direction. Really, is it any wonder why people are siding with Kong at this point? People were even siding with Godzilla when the big lizard was tearing up one city after another just because the humans were acting like numbskulls.

It was fun to see the director stand up for his movie and deliver his own honest trailer though, since it seems like too many of them lay back and play the old “sticks and stones” excuse when it comes to flat out ignoring any type of criticism. He at least took a stand for his own movie and decided to add in a few other things that you might not have thought about. Like the helicopter scene. There weren’t too many, there were just enough. For all those helicopters in the sky there were just as many that came from the boat. Plus, it made a better picture to have Kong smacking the heck out of multiple helicopters rather than it being one and done.

Plus, the greatest thing about this, the director actually set this honest trailer up. That takes a guy that can laugh at himself and knows how to take a joke. Other directors, take note.