Home
Movies
Check Out the Onscreen Evolution of King Kong 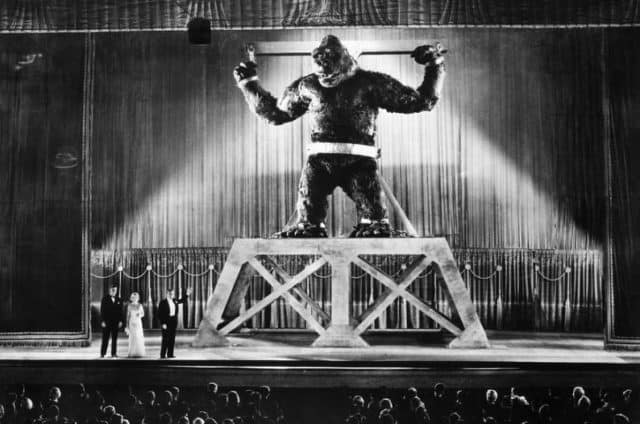 It’s hard to believe that King Kong has been around since 1933 but it’s pretty awesome to see how he’s evolved. It’s kind of like Mickey Mouse. People rarely think of Mickey Mouse being in black and white. When they see the modern day Mickey Mouse compared to his original counterpart they are usually surprised at the evolution.Â  When it comes to Kong, the evolution is a bit more complicated than the changes made in Mickey Mouse.

From facial changes to body changes the special effects of these movies have dictated numerous looks over the years.Â  Some will argue that Kong: Skull Island may very well feature Kong’s best look.Â  I’ve always been fond of the one from the 1976 feature that starred Jeff Bridges and Jessica Lange.Â  I always liked the face.Â  It felt very “human” to me.Â  Anyway,

From groundbreaking stop-motion techniques in the original 1933 King Kong film, to the CGI employed in the upcoming Kong: Skull Island, Kong movies have been defined by their special effects – and in some cases, redefined visual effects in the process.

Check out the original film by Vulture below: