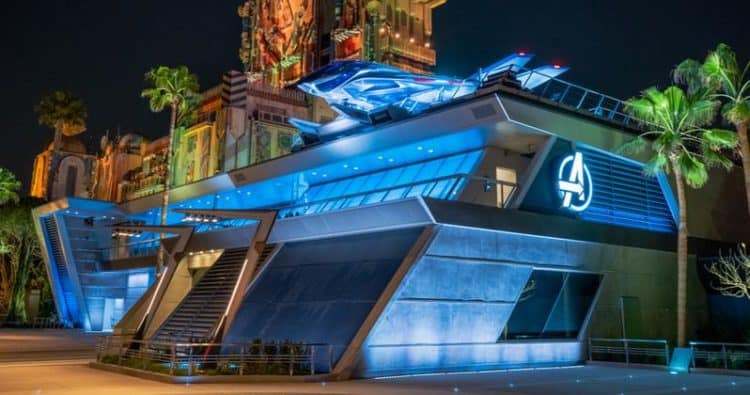 The Avengers Campus will be opening up this coming June and people are understandably excited to see what kind of attractions will be offered as the Avengers and even a few villains manage to make themselves known in various ways. It’s fair to say that with the re-opening of the Disney California Adventure park that a lot of people are going to be making their way south to check out what they’ve been missing and what is waiting for them once they enter. There’s no doubt that Disney will be taking the necessary precautions and might not be operating at full capacity right away thanks to the need to keep the coronavirus at bay as much as possible, but any chance to open is something to spring at as of now, and the Mouse House has been waiting for this possibility, and in fact, has been trying to open up the park for a while. The past year has been rough, to say the least, but somehow the company has continued to hold on as the parks have had to remain closed for so long. Many people couldn’t help but worry over the state of things as the ghost towns that the parks had become were utterly devoid of guests, something that hasn’t happened on this scale, ever, since the parks have been closed for a day or more, but never quite this long.

Ever since the MCU came under Disney’s control it’s been understood that things would be getting bigger, better, and more expansive since this is how Disney works. As of now, there are several attractions that are available thanks to the upcoming experience that will no doubt draw in people from around the world if possible. The Avengers kicked things off for the MCU in such a big way that there was no other way to go but to cash in on their popularity and continue to expand as more characters were drawn into the mix. From Spider-Man to Hank Pym to Doctor Strange the Avengers Campus is going to be showcasing several characters and situations that give the fans something to do and look at, grant an experience that most people won’t soon forget, for a price. It’s fair to say that a trip to the campus won’t be cheap, but those that can make it will no doubt find something that will keep up the reputation of the park and make it clear that the Mouse House isn’t slowing down when it comes to the many innovations that will continue to help the park expand and offer up new and exciting sights and experiences for the guests. There are likely a lot of us that can remember going to Disneyland before California Adventure Park opened and finding it amazing to simply be able to walk through the park and its different lands in order to get from one ride to the other.

Space Mountain, Splash Mountain, the Haunted House, Pirates of the Caribbean, and many others used to be the reasons that people would make their way to Disneyland in droves, and while many of these rides are still favorites of many, the expansion and growth that has occurred in the last couple of decades have been amazing as the parks have continued to improve upon their already impressive offerings. With the MCU moving forward at a pretty good clip now one has to wonder what else will be thought up and applied in the years to come since as it’s already been seen, Phase 4 is underway and is expected to be just as successful as the first three, though what might come next is still largely unknown since there are so many plans for movies, shows, and all of it could easily influence what’s already waiting to open. People are going to be waiting, patiently and impatiently, to see what will come from the continued success that Disney has been having in various ways, and it’s bound to happen that what we’ve seen on Disney+ might eventually make its way into the parks if only to bolster the experience and keep things moving forward in the desired manner.

As of right now, it’s enough that there’s a bit of time to wait before the park opens up again to California residents, and then to the general public, but showing people what awaits them is no doubt going to get a lot of folks pumped and ready for the experience to come. The excitement and anticipation of heading to any Disney park is something that many of us can remember, and for the children and young folks that have yet to experience it, the hope is that things will go off without a hitch and that their time spent in the park will be a memory in the making.