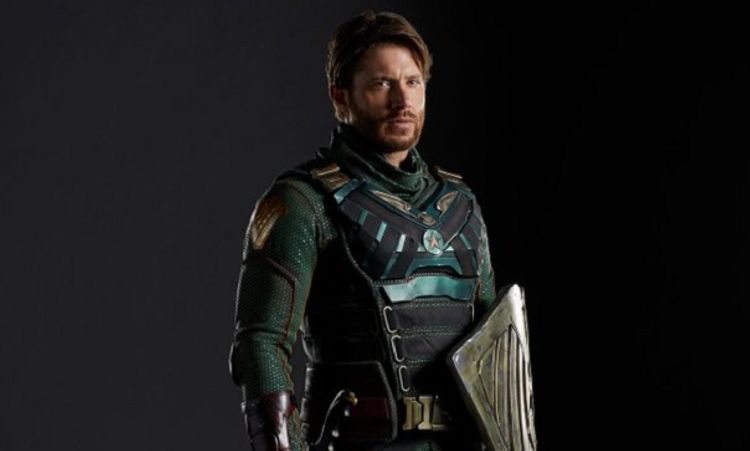 Seriously, after the ultra-fawning that’s been going on after Jensen Ackles showed up as Soldier Boy, I don’t want to hear another word of how people talked all the time about Game of Thrones or any other show or movie that people hadn’t seen before. The amount of praise being heaped on Ackles at this point, without season 3 of The Boys even airing yet, is the kind of gushing that one used to expect from teenaged girls that were crushing on a male pop singer. But at this point, The Boys, which is a show that has popularized the knock-off versions of several different heroes, is now getting ready to welcome a Captain America knock-off that is reportedly going to act more like his counterpart than any of the other heroes in the show, which is odd since thus far every parodied character has been insanely different from those that they were modeled after. There’s bound to be a reason for this and it’s likely that we’ll get to hear all about it at one point, but up until then, it’s an oddity that people don’t appear to care about.

Right now all those that love Ackles to death and are appreciative of his new look for the show are still busy extolling every possible virtue that the character has thanks to his looks and every ounce of gratitude they have, even when it gets a little disturbing. Yes, there are those people out there that would actively state that Ackles is more important to them than other people in their lives. Some say this in jest and some, well, it’s kind of hard to tell really, since there are those fans that take their love of a character and an actor a little too far at times and make it just a bit weird. But let’s be honest and say that Ackles does look pretty cool in his costume and it’s easy to think that he’ll fit right in with The Boys when it third season comes along.

People are fully expecting the third season of The Boys to be every bit as violent as the first two if not more, and that’s not exactly hard to imagine since the show has been super violent since it started, no pun intended. The fact that the show feels like it was expressly made to show the darker and more disturbing nature of various heroes that are owned by a corporation is something that many fans have loved since the show first aired, and it’s bound to continue along in a manner that will continue to spray red in every direction and involve some of the most violent deaths we’ve seen on TV in a while. This kind of makes a person wonder where a person that might have a few morals might fit in, since if Soldier Boy is anything like the character that he’s obviously derived from, then he’s going to be a very upright individual that might decide to get his hands dirty when he can. In fact, he might end up being more like US Agent than Captain America, much as we saw in The Falcon and The Winter Soldier on Disney+.

One thing that won’t be copied is the fact that Soldier Boy’s shield is more likely to obey the laws of physics, as one can only hope since it’s not shaped in any way to be aerodynamic as the shield that his counterpart wielded for so long. But making his backstory align so close with Captain America’s feels like a bad joke even if it’s meant in jest. It’s tough to say that The Boys isn’t innovative or forward-thinking in any way, but the similarities that exist are a little too much sometimes, even with the full knowledge that there’s a reason for this. At the very least the look of each individual is unique enough and while it might be similar in a few ways to other heroes, it’s still different and can easily pass muster.

How The Boys will continue to push forward in season 3 is bound to have been analyzed and guestimated at this point since the fans are rarely idle when it comes to determining how they feel things will go and what needs to happen in order to keep the show on a sensible track. Season 3 is already sounding like it’s going to be a different type of crazy with many familiar elements left to keep things on a reasonable course, but with Soldier Boy coming in it’s fair to think that some things are bound to change and the overall feel of the show might be shifting just a bit. Where the story will go from this point could be extremely interesting since with new characters usually come new challenges.