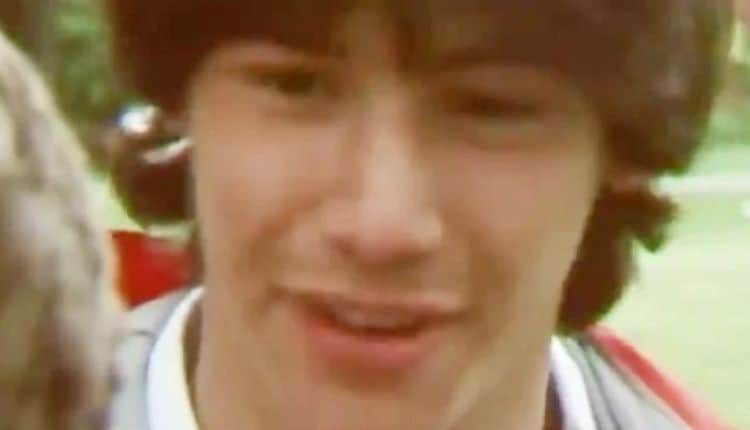 This is the kind of thing that’s bound to make Keanu Reeves even more popular since the cutesy nature of it will only add to the idea of what a nice and unique guy he is considering that he’s been seen as such for so many years anyway. For quite a while now Keanu has been seen as one of the few people in Hollywood that appears entirely genuine and is the absolute gentleman and nice guy that he appears to be. Obviously, on-screen he’s a bit rougher around the edges at times since it’s hard to see John Wick or even Neo, or even Ted Logan being that into teddy bears. But apparently, in his younger days, Keanu wasn’t above taking time to report on National Teddy Bear Day in Canada. Of course, back then he hadn’t really hit his stride as of yet, but it is encouraging to see that he wasn’t one to shy away from having a bit of fun at his own expense and sharing in a hobby that a lot of people came together to enjoy. This just keeps on showing how easy it is to like this guy since he sounds like a genuinely decent person and hasn’t really changed that much through the years when it comes to his personality.

Who better to honour a childhood favourite than Canada's beloved Keanu Reeves!

It is a big switch to Keanu as a young man just out and about doing what he can to be a part of the community while getting his face on TV, and it makes it obvious that he wanted to be someone that people could be comfortable around while still being somewhat famous. As it stands the actor is worth around $360 million, which is a daunting number to be certain, but many individuals have gone on record stating that he’s a very down to earth type of person and he tends to give away a great deal of money to charities. Obviously he lives a very comfortable lifestyle but one thing that a lot of people don’t see is Keanu flaunting his wealth like so many stars are seen to do. Oh yes, he has his expensive home and his collections, but the number of times he’s actually gone out of his way to show how wealthy he is hasn’t been much of a factor in his career since he’s usually too hard at work or is off being a decent human being in one way or another. Lately, he’s been rather busy with Bill and Ted Face the Music, The Matrix 4, and of course another John Wick movie that will be coming up in the next year hopefully. The guy has been working his tail off and yet he still looks as though he’s ready to go every time he shows up in a photo.

He is starting to age though, as it’s becoming a little more obvious with each passing year no matter how many people want to claim that he’s ageless. It’s very true that he’s aged particularly well, but time is starting to creep up on Keanu, as it should since he’s in his 50s at this point. But he’s still the kind of guy that gets to the set, ready to go, and is one of the hardest working actors in Hollywood apparently since rumor has it that he actually enjoys doing a number of his own stunts and has been hands-on with his John Wick role quite often. A lot of actors tend to rely heavily on stunt doubles and this is pretty standard since actors aren’t always trained as stuntmen, but stunt doubles tend to be highly trained in a lot of different ways to take damage of all sorts, and are often able to pull off several stunts that many actors wouldn’t even want to try. Keanu does have a stunt double for some stuff that he’s not allowed to do, since a lot of studios don’t want to risk the health of their star actors. But he does manage to get some of it done on his own since he’s just that kind of guy. The argument over whether an actor could or couldn’t do the kind of stuntwork that a lot of stunt people take on has been answered a while back, but even as several actors have proven that they can take on the stunts there are only a few that are really this hard-working when it comes making the movie a little more special. Keanu has been the kind of guy that people depend on for years now, and he continues to be that way as he’s built up a reputation for being a very stand-up individual.

And showing him reporting a Teddy Bear Day convention is just one more way to show the world that he is in fact the kind of guy we’ve always seen him as.