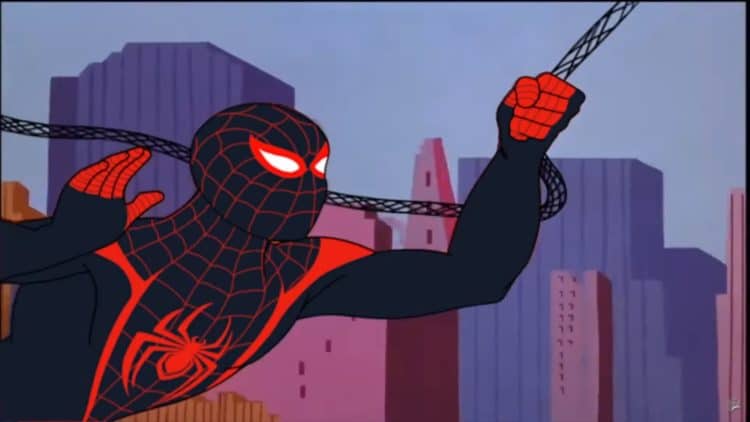 One might almost think that Mile Morales is being used to replace Peter Parker altogether, but that would be kind of a silly thing to think since Peter Parker is still bound to be one of the favorite Spider-Men of all time considering that he started it all. But there is a definite belief that Miles should be stepping up to take his own place in the Marvel universe at this time and some would say that he already has since he’s become one of the more popular characters of his generation, as he should really. Being a part of the Spider-Man legend is a big responsibility, but so far the idea of Miles being one of the more prominent figures in the Marvel universe has been handled with kid gloves quite a bit, especially when it comes to TV and movies. One could argue that featuring him so prominently in the movie Into the Spider-Verse was a big step forward, and it was, but it would be great to see him finally take on a full, live-action movie experience, even if that doesn’t appear to be in the cards at the moment. For now, goofing around and putting him in the old 60s theme is kind of amusing since it gives Spider-Man a different look even if everything else is the same.

It’s been a debate for a while now just who the most popular character in the Spider family is since there are a few of them now and everyone has their favorite. As you could probably guess, Peter Parker, the original Spider-Man, is still at the top of the list since let’s face it, the guy is the one true Spider-Man that started it all, and not having him on the list at all would be silly. Plus, you’ve got to respect the classics since without them the current versions wouldn’t exist as they do and the hero would have been a lot different no doubt. But it’s not at all surprising that Miles Morales is second on many lists since the kid has been proven to be a fan favorite and is definitely a slight upgrade on the old version of the webslinger. There are even lists that feature different versions of Spider-Man from other countries that are very similar but still have their own backstory for the character that reflects the different cultures that have embraced the idea over the years. When you look at how many people around the world know about Spider-Man it’s pretty interesting to see just how many have adapted the story to their own culture and, with a few minor tweaks here and there, have made it their own while keeping it in sync more or less with the main story. That’s impressive really since it means that Spider-Man has been an inspiration just as much as any other hero and has become something of a linchpin to the Marvel universe that can’t be easily replaced or removed at this time.

Upon really looking at the character, he’s done so much, teamed up with so many heroes, fought so many different villains, and crossed over with so many different characters that he’s become one of Marvel’s most important characters. Taking him out of the picture in any way would change a lot of Marvel comics in a very profound way since he’s been so integrated for so long that it would be like yanking a huge chunk out of a puzzle and expecting people to simply deal with it. Thankfully that’s not the plan since Spider-Man is still a huge name in Marvel comics and is one of those that people think about first whenever the name of the company comes up. But it is fair to say that if Miles Morales had been the first Spider-Man things would have been quite different, and the hero would have probably gone through an entirely different evolution as the years went by. Considering how powerful Spider-Man has become over the years it feels that Miles would have been seriously OP back in the day as well since his power set is very much like Peter’s but it’s just different enough that people have had read up on the hero to truly understand him. But there’s no doubt about it, the future of Spider-Man has been well established and is pretty safe as it stands.

Where it goes from here in the comics isn’t too much of a worry for people since Marvel isn’t about to do away with one of its biggest names, but how it will go in the movies as the years go by is hard to say since at one point Tom Holland will start to look his age, which means that it could pave the way for Miles to enter into the MCU in a bigger way. It wouldn’t be surprising to learn that the MCU is already making plans to see this through.