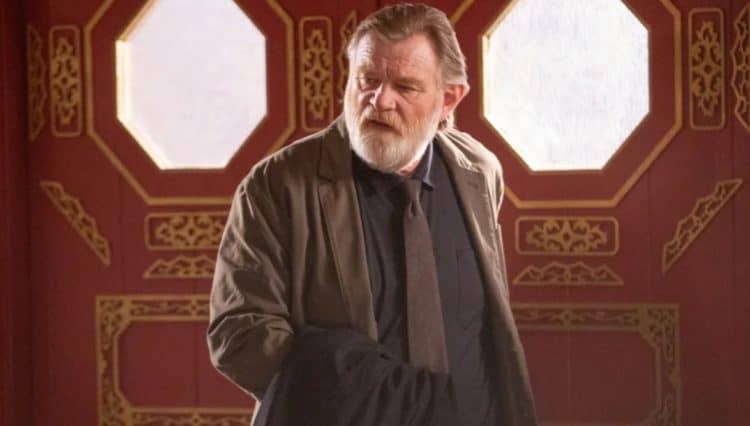 Just when you think the killer’s gone and has been dealt with another problem shows up and you have yet another issue to deal with. Or at lest that seems to be Stephen King’s aim in this story since this next season of Mr. Mercedes is following the story Finders Keepers in its own way. While Randall Colburn from The AV Club doesn’t really seem to see much value in the books he does happen to think that the story thus far is being improved upon by the TV show, which is kind of odd since it usually goes the other way. But that being said one can’t help but agree that Brendan Gleeson is a great actor and the rest of the cast have been rounding out the show quite nicely thus far. It’s usually easier for those that don’t get excited by books to get into a visual representation that brings the ideal that they’re wanting into better focus, but hey, each of us has our favorite medium and whatever works for us is bound to earn our favoritism. That being said though Mr. Mercedes does present a very enticing face to the story that some might figure is better since it doesn’t force them to use their imagination as much.

The story itself is something that indicates while Stephen King is still a master of his craft, he’s also been undergoing quite a bit of change throughout his years and it shows. Mr. Mercedes, Finders Keepers, Sleeping Beauties, and even The Outsider are all creepy and insanely intense stories that are what we might expect from King, but they’re also carrying a great deal of change when it comes to what he typically writes about and the voice that he’s projected for so long. That’s not a good or a bad thing, it’s simply different since many King fans have likely noticed this throughout the years as he’s continued to entertain his readers. Sleeping Beauties was perhaps one of the most telling changes given it’s obvious lean towards women being seen as less violent and less problematic than men.

Mr. Mercedes though is a story that is at times difficult to really follow but is worth it so long as a person can make their way through the various parts that lag and don’t seem to contribute much to the action. The show it would seem is doing it’s best to cover up King’s few foibles in his writing that many people won’t admit exist, but still pop up every now and then. If you’re asking what that is then you might not have paid attention to a great number of his books at this point, but King does have a few flaws here and there that people have glossed over more than once in the past. The biggest is one that tends to kill a story, and acts as a giant and irritating deus ex machina, or ‘God from the machine’. What this means is that a solution that is seemingly beyond comprehension and unsolvable is suddenly solved by a solution that is highly unlikely and seems a bit contrived according to some people. In other words it screams of an author being bored, lazy, or otherwise a bit to distant from their own creation. People might want to argue vehemently about this one, but I would urge them to take a look at IT in its original form and even in the miniseries and come to realize that throughout the entire story we’d been allowed to believe that the force behind Pennywise was an ancient and metaphysical being that had no true form and could be anything…..and it was a giant spider. IT had laid eggs in the book, and in the movie it was taken down by a slingshot after having been so dominant throughout the entire story.

If you’re saying that this isn’t the case, that King doesn’t end all his stories like this, you’re right. The Dark Tower series ended in a way that drove some people nuts, but honestly couldn’t have ended any other way and been satisfactory unless it meant the main protagonist’s demise. Roland has to start his journey all over again, and might have done so multiple times before reaching the tower in this version. It still seems to be a slight deus ex machina moment, but it fits in that instance, whereas in other stories it almost seem as though King gets bored and just wants to end it. As a fan of his it’s hard to say such a thing, but as an objective reader it’s easy to see how Mr. Mercedes could be improving on a story that is otherwise bound to be subjected to this same treatment if left as it is. So far the third season looks enticing, hopefully it will be what people are wanting.