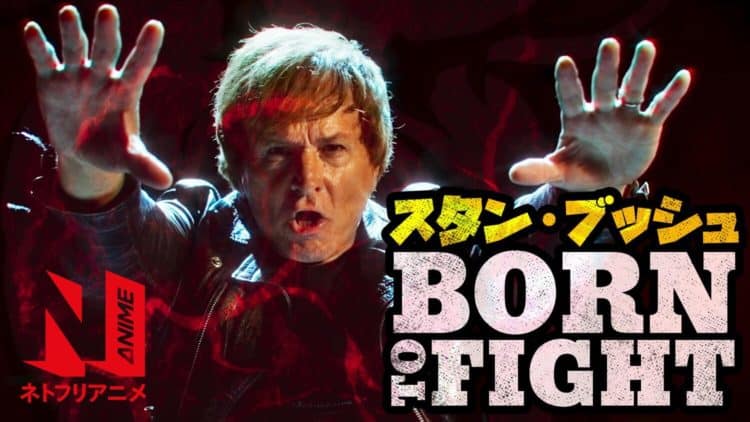 This has a very 80s feel with some 90s elements in there, doesn’t it? Stan Bush has come through with a couple of big songs for the movies that people might remember since he came up with “The Touch” for the Transformers movie and “Fight to Survive” for Bloodsport. Now you’re placing him a little better, aren’t you? This clip from Baki and Kengan Ashura does a great job of allowing Stan to bust out his 80s magic and inspiration that was actually pretty cool when it first came around in a couple of other movies since it really fit the clip and might have inspired a few people in different ways. The Baki series is pretty brutal as one can see from the clip and compared to Transformers and Bloodsport it’s definitely a bloody mess that doesn’t hold back when it comes to the damage done. But it’s kind of surprising that anyone would want to hear an 80s sound for something like this, but then again, nostalgia is playing a big part in pop culture these days and it’s easy to think just how more and more of the past few decades are being used to craft and create the entertainment of today.

As far as making the jump from one time period to another, the sound of Bush’s music is something that does and doesn’t play well with the current era since there are elements within it that are pretty good and even great, but then there are elements that feel as though they don’t belong to this time period. To say that he brings back a lot of memories with the music is obvious since a lot of us probably started thinking of the old movies that we enjoyed as kids and the songs that would be used now and then to give the movies a bit more of a punch. But they really don’t belong now since some of the sound dated, not quite as effective, and possibly a little too hokey to really get into since they’re more or less over the top and tend to take too much time and effort to listen to considering that one is trying to focus on the movie or show and not on the music as much. That’s one opinion anyway since some folks likely enjoy the whole idea of this kind of clip and might want to see more of it. But trying to make the case for bringing this style back is kind of difficult since it’s obvious that some people will like it, but there are many others that might feel that this type of music had its time and is best kept in the past. Hey, everyone has their opinion.

With anime though it does feel as though this style of music still has a place since it would appear that it pairs well enough and could be used over and over in an attempt to build up the tension and tell the story or at least highlight it in a way. Some folks fashion their stories in this manner to help the nostalgic feelings blossom, and it’s obvious that they get a response since otherwise, it feels easy to state that we might have seen the end of this type of entertainment a while ago. Thankfully it takes all types of entertainment to keep people happy, which means that if someone is willing to produce this kind of clip and music and there’s enough of a demand for it then we’re still going to see clips like this since people will watch and the music will be appreciated in a big way. That’s the great part about entertainment, there’s usually something for everyone since the number of choices that exist in the entertainment industry is hard to count and there’s bound to be something that will cater to just about anyone. Those that still love and idolize 80s music will probably enjoy this simply because it could take them back to the decade in some way, especially when he really gets going.

Music is a funny thing since it changes so readily and yet it’s still capable of making a comeback whenever people want it to. Music is one of those things that never really goes out of style even if certain elements need to change every so often to please the masses and evolve in a much-needed manner to keep people happy. There’s still that need to look back every now and then and remember why we enjoyed the music within each decade since it might make us feel a certain way or highlight a special moment that a person can remember. If this one clip managed to make you think of the 80s then it worked, but if not, oh well.