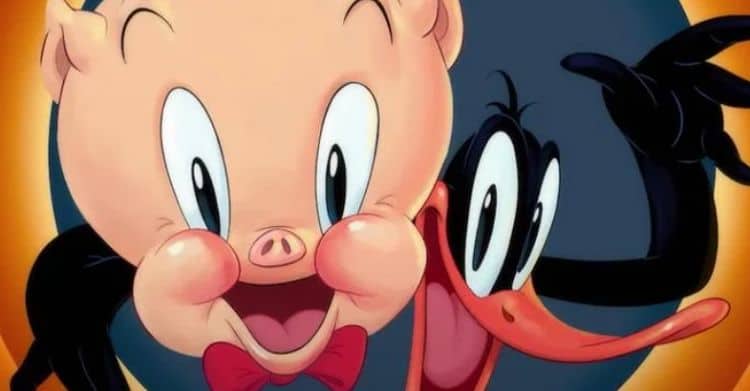 Yes, you saw right, Yosemite Sam and Bugs Bunny were having an arm-wrestling match instead of having their old-fashioned gun duel in which Bugs would go on to embarrass the heck out of Sam. But with the way things are now, the fact that gun violence is seen as such an issue has been enough to kick it out of the cartoons for the moment. But thankfully this is more about the Daffy and Porky short than anything else, since saying that the Looney Tunes have changed over the years is a bit too obvious and has been used a few too many times. It does appear that there is enough left of the Looney Tunes to be funny and to satisfy longtime fans that have been following the witty cartoon characters for decades now. But if anyone thinks back to what Looney Tunes used to be and the storylines that used to be accepted, it’s true that there are a few instances when they might be seen as problematic, but it’s also just as true that they’ve been nothing but funny throughout the years and that we’ve laughed at them all the same. The big difference is that we didn’t know what the cultural significance of some cartoons was as kids, and now that we do, a lot of people have decided to feel a certain way given their understanding of what went into the cartoons that we watched back in the day.

The clip of Daffy and Porky though is one that’s pretty innocent since there’s never been a huge stigma attached to haunted houses and the various happenings that occur when people go inside. That being said, Daffy and Porky have usually been pretty funny together when they’ve been in the same skit, and it doesn’t disappoint this time as the two make their way through the haunted house with Daffy being mostly oblivious until, as one might guess, something happens to his beak that looks a little grotesque even by the standards of the old cartoons, and he finally realizes that the mansion is haunted. Trying to think of all the ways that Daffy has been injured throughout the years is a little tough since a lot of it has involved his beak being blown off of his face, blown around his head, basically dislocated and relocated quite often. If not for being a toon he’d be one hurting duck after all this time. Of course, we can’t leave out Porky, who gets twisted up, literally, like a pretzel and treated like a stress squeeze toy fairly often, oh and he does get barbecued as well at one point. Admittedly, that’s the old Looney Tunes that we’re used to since the wanton violence and senseless abuse definitely makes sense in these cartoons no matter how it might look to anyone else. Somehow it’s just like going home again in a way, but there are obvious differences since the voices are different, the animation is extremely different, and everything has a very new vibe to it since the Looney Tunes have long since entered the modern era.

All in all, it’s definitely time for them to do so since to really stick around as competition the Tunes are going to have to change a bit and evolve from their normal fare into something that will please the kids and possibly appease the adults that remember the cartoons when they were very different. At this time it doesn’t really feel as though the Looney Tunes are going to be as prominent in the lives of kids as they were for the last several decades, but then one has to sit back and realize that things are so incredibly different at this point that we can’t really compare now to way back then. There weren’t nearly as many cartoons around when Looney Tunes got started, and the technology of that era wasn’t even close to what we have now. But again, if things are going to change and the characters are going to be updated in a big way then it could work and the Looney Tunes could be here to stay for a while. They obviously needed an overhaul and given that it looks as though they’ve been changed in ways that kids might enjoy, it’s easy to state that this could be a new beginning.

It’s fun to think though, that a hundred years from now there’s no telling just what might happen and what kind of entertainment might be available to the kids. Some would say that we’ll be lucky if the world’s still around, others that it might not be the same place we’d recognize now. But if the world is still working the way it should when we’re all gone, it’s kind of easy to think that the shows we’ve valued for so long might be dredged up from time to time.