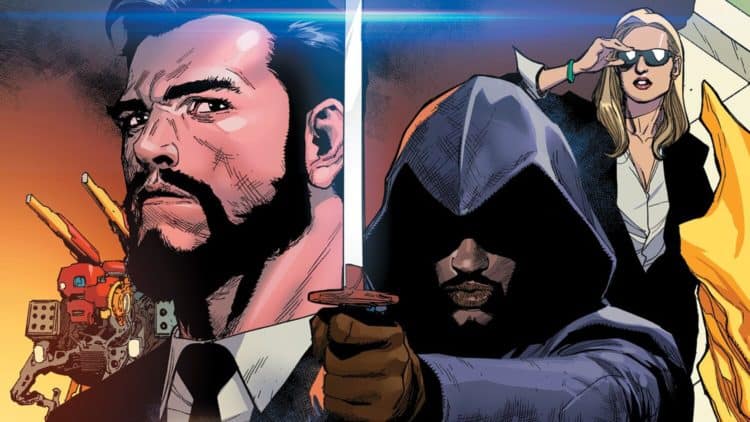 It’s an interesting question for anyone to ask, whether they’re a fan of the comics or not since the emergence of the Avengers into the Marvel universe has had a lot of profound effects on quite a few individuals that have come and gone. But a universe where the Avengers never came to be is a place that sounds like it might be a rather chaotic spot where heroes would be born out of necessity but perhaps wouldn’t be quite as upstanding or even as regulated. Or perhaps they’d be more heavily regulated and become not unlike the heroes in The Boys, it’s hard to say since the Avengers have been around for so long that trying to imagine them not being there is a little tough but not impossible obviously. As of May 5th, people will be able to entertain the thought of what might have happened to the Marvel universe if the Avengers had never come to be in the first place, and will be made privy to the heroes that would have risen instead. It’s an odd and very innovative thought, but it’s also one that a lot of people should be able to find kind of interesting since some might even think about what the MCU would be like without the Avengers at this time. Some might go ahead and say that it wouldn’t exist, but that would be denying the other heroes and villains that have risen, and those that might have taken their place had such a thing ever had a chance of happening.

It’s not that the heroes don’t exist in the world, it’s that the world has shifted somehow, and Blade is apparently the only guy that remembers that things used to be different. Captain America hasn’t thawed out, Tony Stark didn’t make the Iron Man suit, Thor is an atheist that hates hammers, and who knows what’s going on with the rest of the superhero community. Apparently Alpha Flight and the Squadron Supreme are on the job, and their members are at least different enough from what they were in the comics of before, though it does appear that the heroes a bit more arrogant in some ways and less restrained when it comes to doing their job. But if anyone is thinking that this is a huge shift in the Marvel universe then they haven’t been paying attention for the last few decades since like it or not, Marvel has been shifting and changing longer than that since new ideas have come in over the last handful of decades, heroes have risen and fallen, villains have come and gone, and the world of Marvel has been ripped up and redone a few times as many comic book fans should know. Heroes Reborn isn’t quite the same idea that it was floated a while back, but it’s a direction that almost feels like the Ultimates, though it’s quite a bit different from that as well.

Every now and then the comics need to change things up and as a result, they get switched up, heroes get rerouted, rewritten, whatever needs to happen in order to make things appear new, exciting, and altogether inventive since like it or not, the comics can get stale after a while. But the thing is that Marvel comics and the MCU can’t really reflect each other unless things are going to change in a very drastic way in the MCU in the years to come. As of now, the idea is that Heroes Reborn will stick to the comics, but if there were a way to bring it to the small screen it would be great to see since it would introduce a lot of characters and it would eventually put them against a bunch of villains that would be interesting to see given that expectations of certain heroes and villains have already been made, and trying to challenge them would be kind of nice since it’s always fun to see what the MCU can cook up. Something like this would definitely take a lot of work, so it’s likely best to keep it in the comics for now where it can develop and perhaps one day be allowed to make its way to the screen. But it does look enticing, even though the last comic I read was years ago. There’s something about the whole nature of the comics and the changes that go on from time to time that’s bound to attract some folks, while at the same time repelling others. Some folks don’t want things to change, but the thing is that if nothing changes then nothing moves forward and the heroes continue to fight the same battles over and over without any needed resolution.

So, for the time being, Heroes Reborn is going to be a series that a lot of fans will look forward to.