Home
TV News
Check Out The Playing With Power: The Nintendo Story Trailer 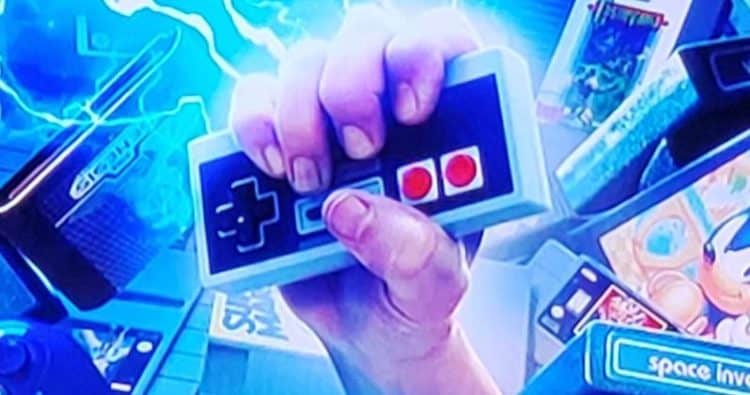 How much of the Nintendo story a person knows is pretty much dependent on how much they WANT to know since the truth is, apparently, that Nintendo’s roots go further back than a lot of people fully understand and the company’s history has been far rockier than many people realize. Playing with Power is bound to show a lot of people that while it’s one of the top names in the gaming industry, Nintendo had to scratch and claw its way to the top more than once since over the years it’s been a company that many look upon as a challenge to figure out and a monarch of the gaming industry that can and has been dethroned. What’s funny about that is the fact that while Nintendo has been knocked down a few pegs they tend to come back stronger and even more impressive than before. A lot of us that have been playing video games for a while might have fond memories of playing on the NES or SNES or some version of the Nintendo gaming system, and a lot of people probably recall the excitement of receiving or buying their first system, as back in the day the NES was something that a status symbol among kids and something that many adults didn’t have a chance of understanding unless they played the games or were up on the research.

Today far more adults are actually getting in on the action, and video games are more popular than they’ve ever been thanks to the advanced technology and storytelling techniques that have taken place and have been placed in nearly every game imaginable. Those of us that do enjoy video games from time to time or are avid gamers will no doubt appreciate this documentary since the fact remains that we grew up with this, a lot of us were there for the meteoric rise of Nintendo and the insane level of fame that the company generated for itself and rode for so long, and it’s interesting to find out that the company has dealt with so many issues over the years. One has to imagine that they’ve had to endure one lawsuit after another for various matters that have threatened to derail them and have come out at times looking as though they might have gone under. The thing is, they’re still around, and they’re still kicking since they’ve continued to be one of the most dominant companies in the world since they’ve figured out how to continually one-up the competition and have continued to be one of the more impressive companies that have changed things up over the years in order to keep the company moving forward.

Playstation and X-Box have been their biggest competitors at this time, and this is after a rash of consoles started to come out over the last few decades. Despite the stiff competition and the subsequent fall when the two consoles really got going, Nintendo kept plugging along and didn’t give up as the team responsible for the survival and resurgence of the company continued to push and chip away the problems that plagued the system for so long. Things had to change quite a bit for Nintendo to regain the dominance it once had, but as anyone can possibly tell, the company has been doing just fine in recent years and it’s been considered even more of a powerhouse than it used to be. Throughout the 80s the company grew in such a way that it felt as though no one could possibly challenge Nintendo since it was the only true game system out there. Atari was almost forgotten at one point, and Sega had a lot of ground to cover in order to simply compete with the Nintendo. But as a lot of people might remember, at one point Sega did in fact start posing a bit of a threat since the coming of Sonic and the upgrade of the system was something that Nintendo had to take as a serious threat considering that things weren’t moving ahead as quickly as they’d done before. Once PlayStation and X-Box came in though, that was when things really started getting hairy. The fans were being lured in by the other systems, and worse than that, they were enjoying them.

This documentary is bound to go over a few things that some might not admire Nintendo for to be certain, but it’s also going to show just how this company came from obscurity to something that’s known around the world and has created characters that are almost universally known. Simply trying to think of how much has really gone into Nintendo over the past few decades is enough to make your head spin. But the story is bound to an interesting one still since plenty of people might want to know how one of their favorite game systems developed.