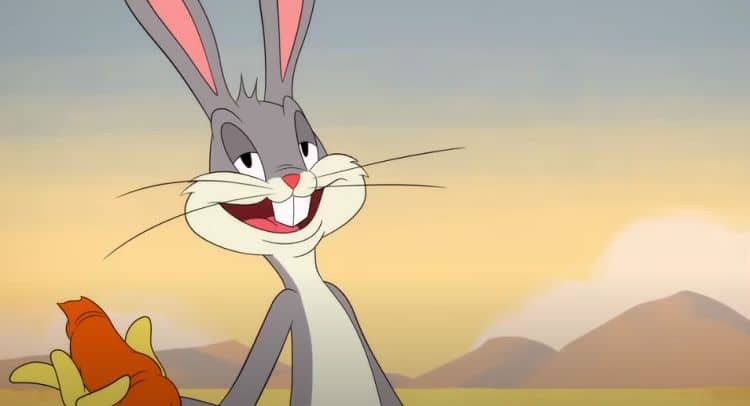 The phrase ‘adapted for present-day audiences’ can mean a lot when talking about the Looney Tunes, though hopefully Rick Porter of The Hollywood Reporter is simply stating that the new Looney Tunes show on HBO Max, set to premiere on May 2th, will feature updated story lines and material that is more pertinent to the era. One can only only hope he doesn’t mean that the popular toons have gone entirely PC, though from the trailer it doesn’t appear that this is the case. With more people in this day and age worried that their kids will emulate what they see on the television it wouldn’t be too surprising unfortunately. Older generations tend to state that we knew better than to practice the same kind of things that we saw on the screen, but some of us need to check ourselves since injuries related to what we saw and tried to do in return did happen from time to time. There is enough common sense in today’s kids, if they’re taught well enough, to not go diving off of cliffs or play with dynamite like their favorite cartoons. But if anyone was paying attention it does appear that the Tunes are being dialed down a bit, unless we weren’t given that much in the trailer.

After all, how often was it that we saw Yosemite Sam without his six-shooters back in the day? And Elmer Fudd usually had a rifle or a shotgun on his person more often than not as he went ‘wabbit hunting’. Anyone happen to think that we might see something different thanks to the era? Obviously the belief in common sense might not extend that far, though hopefully we’re just not seeing those parts yet since we were only given snippets of the show at this point to look at and possibly look forward to. It might sound dramatic, but if they take the guns away from the cartoons they might as well neuter Scooby Doo while they’re at it and put Shaggy in rehab along with Cookie Monster, and possibly put Taz and Daffy on Ritalin. Too far? It could be that I’m reading too much into the absence of the firearms that the toons are usually seen with, but it’s a big hope that they’ll still be given the props they need in order to keep the show as funny as it’s been in the past. Plus, the content will hopefully be every bit as funny and not as watered down as some folks might think it could be given that jokes and funny moments in this current era are bound to be scrutinized and criticized to a wide degree at times.

To be fair though it will be interesting to see what’s in store for the Tunes given that new story lines would be kind of nice, apart from a few of them that have been classics since a lot of us were kids. The Roadrunner and Wile E. Coyote look as though they’ll stay the same, as will Daffy and a few others, but the updates are hopefully going to be to the story lines only and not an effort to make things more ‘PC’ since quite honestly an entirely PC Looney Tunes show doesn’t sound all that amusing. In fact it sounds like it would be just a few steps away from a cartoon version of the Seinfeld show in some regards. There are many such as Matt Crowley of Vulture that don’t tend to see the humor that the Looney Tunes are promoting and instead see past it and seek to identify any and all racial and aggressive undertones that might be a part of the artist’s personal bias but might also be a way to inject humor into a situation that is ultimately depressing and saddening. You know, drawing humor from the things that we’re most ashamed/hurt/depressed/saddened by? The essence of comedy itself, taking something disturbing and making fun of it in a way that deprives it of the kind of power it has over us otherwise? The argument of course is one that’s been displayed over and over but has few if any happy endings since the perspectives of those within the argument aren’t bound to change for one reason or another.

The hope of course is that this version of Looney Tunes will go off without a hitch and that people will be able to enjoy it just as it is and not continue to argue over various points that they miss or find to be out of place. Each of the main characters has been part of pop culture for so long that it’s hard to imagine anyone having a serious problem with them these days, though there are plenty of people that will raise a stink over just about anything.