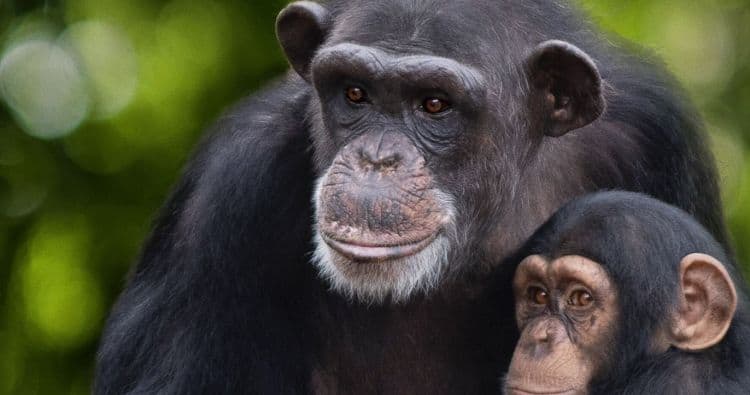 Meet the Chimps is definitely being given an upbeat look and sound to it since the act is that chimps definitely appear to be a lot more playful than big cats, at least insofar as the trailer shows, and it might be that the chimps are actually being kept a lot more secure and satisfied than what we saw with the many animals on Tiger King. It’s an easy target to be certain since the Netflix documentary didn’t exactly cover every individual in all their supposed glory. But this show is bound to be different since not only do the chimps appear to be taken care of in a much more efficient manner, but it would also appear that they’re not a running attraction that is bound to allow for petting and for photo ops that are believed to be damaging to their health. In other words, the chimps might be far better off simply because their caretakers aren’t seeking to exploit them for the type of profit that would make them superstars overnight. Yeah, the Tiger King is an easy target and it’s likely punching down to even mention it, but when it comes to wildlife being kept in a habitat this definitely looks like the kind of show that might actually care about the animals and not the fame they can bring those that are taking care of them.

Chimpanzees are fascinating animals since they are intelligent in their own right and tend to surprise people from time to time with the things they can do, and are a lot of fun to watch when they’re interacting with each other since people can actually see human traits within their actions quite often. Some people might actually still be offended by thinking that human beings and chimps might have anything in common, but the reality is that they’re one of the closest evolutionary matches to humans that currently exist. Why anyone would think of harming these creatures is hard to imagine since while they do likely find it necessary to become violent when the moment calls for it, usually when threatened or afraid, or defending their own, they usually tend to appear quite playful and rather calm as they go about their day. The series released on October 16th, not too long ago, and has been a joy for a lot of those that have decided to watch it since the antics of the chimps are a lot of fun to watch and tend to show a good deal of how they tend to react to each other and those that care for them.

Granted, this isn’t likely how they’re always acting since every show needs some reason for the audience to tune in and pay attention, but at the same time it’s fair to say that the show manages to capture the best moments as it goes along showing how the days are spent in the Louisiana forest and how the chimps have responded quite well to their home. The vast amount of acreage might appear as though it wouldn’t be big enough to hold as many chimps as there are in the preserve, but at the very least they appear well-cared for and fairly happy as they continue to go about their way. The idea of the preserve is to keep them safe and cared for, but what’s really interesting is watching how the chimps go about forming their own alliances, friendships, and social groups since as many people should know after watching plenty of nature documentaries, chimpanzees are very social animals that are complex in their own way and have their own ways of creating relationships with one another that, to human beings, is fascinating in a few ways. Thinking that they’re just dumb monkeys is perhaps one of the biggest mistakes that anyone could make since the truth is that the chimps are by far more intelligent than a lot of people might give them credit for.

The show is sure to entertain and educate pretty much anyone that takes the time to watch, and it’s likely to teach people quite a bit that they might not have already known in a very useful manner. A lot of nature documentaries will go into the brutal efficiency of nature when it comes to how an animal gets by each day, but this show is largely for learning how chimps get along and get by with each other in an environment that has been procured for their growth and development. The idea that people go to these lengths for these animals is great since is shows a great deal of compassion that is hard to come by sometimes and isn’t always extended to our wild neighbors all the time. It’s definitely worth watching just for the fun of it, but also to learn a bit more that one might not have known.