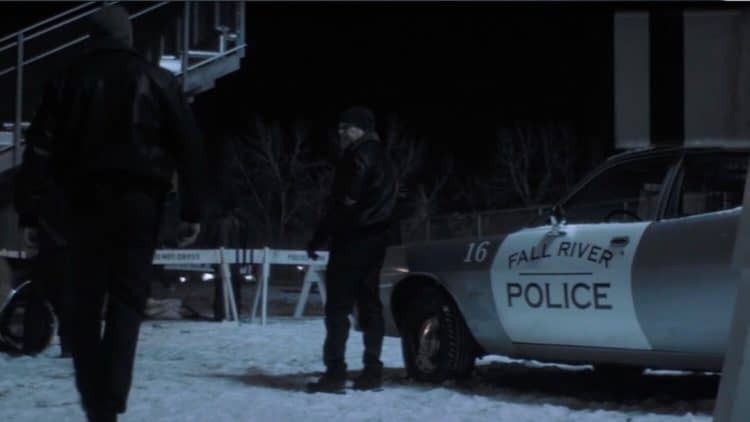 Stating that the Satanic Panic that hit Fall River, Massachusetts back in 1979 is bound to shed more light on and humanize the victims is a troubling statement that’s been made by some since it indicates that the sensationalism that’s brought to life a case that was considered closed so long ago is bound to be handled with a great deal of respect. The truth of this is that a lot of people are bound to believe this simply because they want to think that there’s justification for reopening a wound that the town might have thought was more or less in the past and wouldn’t be revisited in this manner. But someone gave the rights for the story, and Blumhouse was there to step up and get things done, so Fall River will once again become a spot where people might show a vague sense of interest when it comes to the happenings of a little over four decades ago, long enough that many of those that might remember what happened might have passed away, or simply tried to forget about it. The fact is that people love to see tragedy, drama, and end up thinking that it allows them to show empathy with their fellow human beings in order to better understand what it is that people went through so that they can get their kicks by watching what amounts to a disturbing story while reassuring themselves that they’re feeling something genuine about the story.

Is anyone else laughing at this about now? Has anyone stepped back from these stories long enough to realize that attempting to show empathy while watching them is kind of pointless? The docuseries will be shown as another sensationalist look at a tale that happened within America’s borders that rocked a town and contributed to a history that’s already been firmly embedded in American history along with Lizzie Borden’s acquittal. Empathizing with this might be, as some folks would love to think, a way to show one’s humanity for one reason or another, but stating that it will humanize those that were affected is a statement that carries more air than a bag of chips fresh off the line since empathy decades later is no less than it might be in a given moment, but it’s still hard to imagine anyone being genuinely empathetic to the story when it’s being billed out as a thrilling docuseries that will make a person’s skin crawl and likely build up the story in such a way that people will feel their heart pounding a little quicker when they hear the term ‘satanic pact’.

There is a great deal of cynicism to be had since Blumhouse is good at what they do, and they’ve made a huge success story thus far with the many titles they’ve put out. But sensationalizing a true event, despite the fact that it’s been done multiple times over the years, is a practice that becomes a bit old and tired after a while, and is extremely opportunistic. People will watch it, there’s no doubt of this, and they might love it or feel that it’s just another show among the many, but this is yet another drawback of the idea, since the people this happened to and those that were around when it did happen, still have to live with the fact that it DID happen. Likely as not, those that were alive during this time and are still around have put it behind them, or have at least moved on and continued to live rather than focus upon the horror that happened so long ago. Many docuseries that are created in this manner tend to showcase the events and the horrors that went on during these times, and they do so in order to get ratings, which is the name of the game in show business. That’s part of what makes this feel so macabre though since the tragedies and overall drama that people inflict upon each other become entertainment for the rest of us. There isn’t much point stating that it should be ended, since this won’t happen, and one thought manages to keep me from looking away.

They’re stories, true stories of lives that were important to someone and were snuffed out in a manner that was horrendous on many levels. How hard it is to watch, or to think about, or to even think about when it comes to the sensationalist manner in which the stories are delivered, it’s enough to grimace and push past the idea that someone behind the camera is looking at the ratings to see if this was a success or not. Fall River is an attempt to unearth an unfinished story, or so it sounds, which is an area of great interest, though one can only hope the town has moved on from it after four decades.