Home
Movies
Check out The Trailer for The Addams Family 2 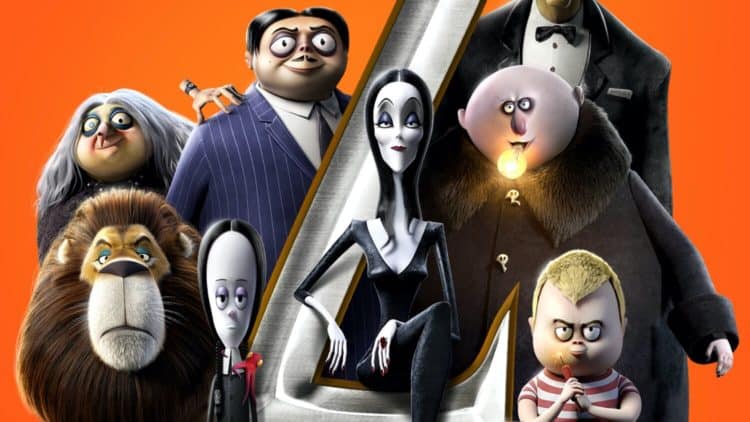 It’s too bad we won’t get to see this movie this year since it would be great and all that, but The Addams Family 2 is going to be here in October 2021 so until then we’ll go ahead and wait for the kooky, altogether ooky family to come back to the big screen. Hopefully, we’ll all be able to enjoy a night out at the movies by that point, and the general mess of the coronavirus will be in the rearview. It’s wishful and very hopeful thinking to be certain since it would be great to see the second movie in the theater and to simply stretch back and snap our fingers a couple of times while listening to the theme song. The great part about the animated movie is that it provides a little more of an origin for the Addams clan as they’re chased by an angry mob after Gomez and Morticia are married, and they eventually end up in Assimilation (what a name for a town) where they find an old asylum that eventually becomes their iconic home. As the years pass they live pretty much as they always do, not bothering anyone and not being bothered, but then of course a threat comes along in the form of a ‘normal’ person and they’re faced with the reality of people looking at them as freaks yet again, though thanks in big part to Wednesday and Pugsley, they convince the townsfolk that they’re decent people and despite being kind of odd are just trying to live their own lives without bothering anyone.

The Addams Family has been an idea that has managed to entertain people for a long time now and it’s usually because they are so incredibly odd to many people thanks to who they are, the way they live, and the things they do. Some of those things appear to be pretty harmful, but somehow the Addams survive and they even thrive since they’re able to shrug off what might kill most folks. But this is their big allure since they are so incredibly weird that it’s hard not to like them. Some folks might call them freaks and others might call them monsters, but in a lot of ways, this family has become one of those that people just can’t do without since they’ve become a big part of pop culture and as a result, they’re here to stay thankfully. The animated version is definitely different in a few ways since it’s able to get away with more due to, well, the fact that it’s animated. Special effects for a live-action Addams Family were likely difficult enough since there was so much that could have been done as opposed to what was done when Raul Julia and Anjelica Huston took over as the heads of the family. The two movies that were seen during that time period were great since they established the Addams Family after they’d already moved into their home and had their two children, and basically been a part of the landscape for a while. We didn’t get to see how they came to the house at first or how they were chased out of their own wedding grounds by an angry mob either.

While the live-action movies were great, the animated version was met with a bit of trepidation by some folks since it’s hard to think that the performances of the cast could have been topped. Personally, I wouldn’t say that they were, but the animated movie did have its charms and it was pretty funny in a lot of areas. Hopefully, this second movie will take off in a different direction and won’t be like Addams Family Values, which was definitely cheesy and more than a little corny since despite being funny, Joan Cusack was kind of an oddball to see in such a movie and on top of that, it essentially neutered Uncle Fester even further and made a bigger mockery of the character. It did have its moments, but hopefully, this second movie will explore something that might be even more frightening than anything for the Addams. Puberty, perhaps? Just imagine that in the Addams household, and how they might deal with it. One can only imagine that Wednesday and Pugsley would both be at their wit’s end at some point, and Gomez and Morticia might actually be at a loss for how to deal with it, while Grandmama might be trying to procure ingredients for a spell to cure it. Oh yeah, that could happen. As of now though it’s enough to sit and wait for the movie to come around, and hope that 2021 will see a huge surge back towards life the way it used to be, at least in some respects. Hopefully it will be worth the wait.