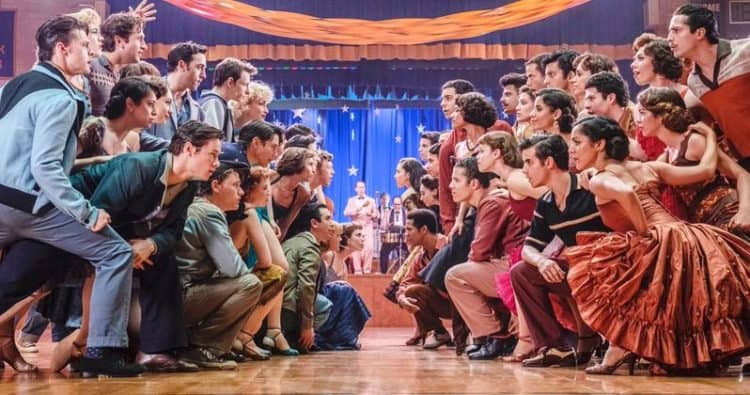 It’s been one of the most recognized and loved musicals around for decades and it’s still one of the many stories that people are enamored of since it tells a great tale and it’s been one of those musicals that many people have been able to get behind. Now, Steven Spielberg is breathing new life back into West Side Story as he brings the audience the same feelings they might remember from years ago with new actors, but essentially the same tale since it doesn’t look as though much, if anything, has changed in terms of how the movie has been made. The time period is still being observed, the story is still being played out in the same manner, and it’s fair to say that things are going to turn out the same way since the tragedy of the story is something that plays into the enjoyment of it, believe it or not. Some of the greatest stories in the world are those that end under tragic circumstances, and it’s likely that Spielberg has touched upon this in a classic that’s bound to please a lot of people that can recall watching this movie back in school or out of pure interest. Those that haven’t seen this story played out might need to take the time to research the story and figure out what it’s all about since there aren’t going to be any spoilers here at the moment. All one really needs to know is that the musical is one of the many great stories that has been told in the last several decades and when put into the and of one of the greatest directors that’s ever come along it’s fair to say that the result is going to be a revival of a tale that people could learn to love all over again.

To be fair, it’s kind of a necessary movie for this era as well considering the number of issues that are being tied to race in the current time period. While life isn’t exactly like a musical, since people tend to block up the street for more than the purpose of delivering a musical performance, there are elements in West Side Story that are still pertinent today even if the idea is a little outdated and the struggle isn’t quite the same. Anything having to do with race and sticking your ‘own kind’ these days is bound to create a great deal of discussion, as well as heated debate since there are so many people with the desire to see humanity unite. The issue is that when trouble arises, as it does, the need to stick to various comfort zones, which includes race, many people will fall back on what they know and remain divided for their own reasons as they come to figure that remaining apart from their fellow human being is far wiser than to risk being hurt in any way through integrating with the rest of society. It’s a very self-defeating way to live, but unfortunately, it’s been seen as necessary more than once throughout the years and has also been a reason why many people have found difficulty in understanding and accepting those that should be their neighbors, friends, and even fellow countrymen.

West Side Story has this element in spades to be certain, but it also has the glimmer of hope that love and understanding might be enough to spark some kind of unity among people that come from different backgrounds. It’s a small spark to be certain, but it’s a bright light of hope that many have taken as the needed beacon that allows them to believe that people can in fact be enticed into loving their fellows as human beings while perhaps seeing past the obstacles that divide them. It’s a hope that doesn’t always stand up as it should and isn’t always given the best chance to flourish, but in this story, it’s a hope that manages to cap off a very heated and all too familiar tale that a lot of people have seen played out more than once throughout history. If nothing else, the movie is bound to remind us what it means to remain separate thanks to skin color, to place of origin, and because people can’t simply sit down, air out their grievances, and come to a fitting compromise that suits everyone and favors no one over the other. That’s not the human experience obviously, since the fact is that people tend to actively think up ways to stay separate, as though remaining at odds with one another is preferable to standing together as individuals with many different purposes.

Through it all, the spark of hope that is felt in this movie is bound to be noticed by many people, and the genius of Spielberg is no doubt bound to renew and rekindle the love that people have for this tale.