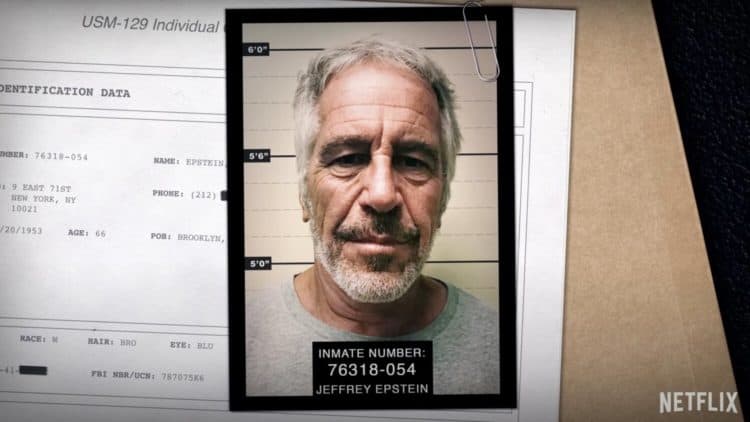 When a person can smile after being accused of such heinous crimes as Jeff Epstein was during his life it’s proof that they have influence, power, and the type of money that can make pretty much any problem go away. But following that web of influence and finding out what it’s truly bound to unveil is often a shock and a revelation that will threaten to tear down a system that’s been built to protect itself and those within it using any and every means possible. In other words, Epstein looked absolutely confident in his mug shots because he knew that freedom was just a phone call or a payoff away, and that the legal system couldn’t possibly affect him in any lasting way thanks to his connections. Caroline Hallemann of Town&Country had more to say on the subject. The former financier did in fact have a lavish lifestyle that was built upon a great deal of deception and featured several troubling aspects about his person. Some would like to think that it’s a myth to say that the more money a person has, the less inhibited they are, but in Epstein’s case it does appear that it was no myth since the guy had his own private island and probably spent more on a day trip than many people could make in a given year. He also rubbed shoulders with some of the most famous and influential people in history and as a result it does feel as though he’s been tucked up for a long time whenever trouble came his way, though obviously he couldn’t run and hide forever, or rely on those that are already being implicated as having shaken hands with him in the past.

The downside of this four-part documentary is that much like the Tiger King it’s going to be relying on the words of those that were a part of the drama for a long time and as a result are speaking out now as the survivors of whatever was done to them at the hands of Epstein and many others. Caitlin O’Kane of CBS News has more to say on the matter. What that means is that much like the Tiger King their accounts could be called into question and treated in a manner that would paint them as so much drama and the possible ramblings of those that have been offered a chance to tell their story but were carefully edited to deliver the worst possible story for the audience just to show that Epstein and his associates, whoever they turn out to be, were absolute monsters. No one’s about to argue that the claims of rape and pedophilia weren’t real, but the effect given during a reality TV show is hard to take seriously given that so much of reality TV has turned out to be fixed and staged throughout the years. It won’t be hard to foresee that any and all articles coming on the heels of this documentary will be speaking towards the idea of what really happened and what was glamorized or taken out of context when it comes to the show.

There are still many upon many people that refuse to believe that Jeffrey Epstein committed suicide, and will cite what they believe are facts that will prove this. However one believes, and it is difficult to think that in so little time a man that was confident that he could wriggle away from justice again would change his mind and end it all, the show is going to do its best to convince people that Epstein was the devil himself, and had many companions that might not have been seen to be as evil as he was but certainly partook of the illicit benefits that came with being associated with him. Unfortunately it’s difficult to argue with what has been discovered and the testimony that’s been given thus far, but without Epstein to corroborate anything, and the fact that he plead the fifth when asked, it’s bound to happen that his fellow conspirators might never be fully punished if only because they can’t all be found and there’s simply too much influence surrounding them, as well as fabricated doubt, to see them thrown in prison. What this show is bound to do is get people worked up and wanting to see justice, but it won’t be likely to deliver since that’s not usually the way things work. Epstein’s story will be told, people will be given reasons to doubt everyone that comes forward to speak, and if it’s lucky, this show will become another sensation that can be marketed and used to push Netflix’s popularity a bit more. As far as anyone else being punished for what they might have done in Epstein’s company, it’s not bound to happen unless those in charge of the investigation were to find something new that could lead them to a direct source that would name the guilty and connect them to their crimes. Taylor Nicole Rogers of Business Insider has more on this topic that might be interesting.