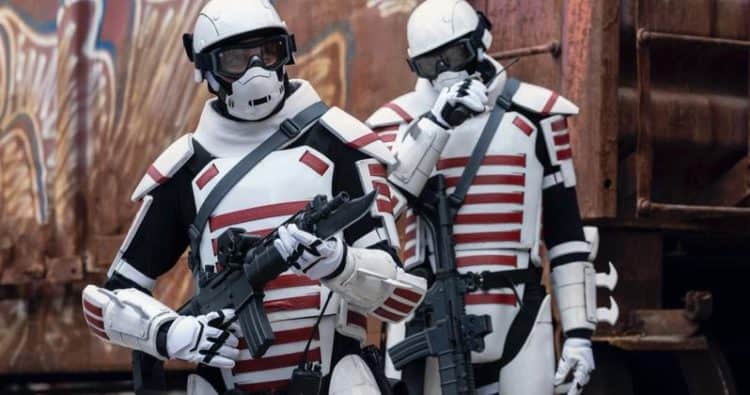 There have been a few times on The Walking Dead when it appeared that things were hopeless and weren’t going to be moving forward, even though most fans knew that this was a temporary spot of trouble and that something would come along to save the protagonists and punish the worst antagonists. During Negan’s time, it certainly felt as though nothing was going to work since the Saviors appeared to have just about every base covered. Throughout all the differences between the comics and the show, however, those in charge of keeping the show running kept a lot of people guessing even if it was done in a manner that had some people foaming at the mouth as they tried to figure out what was going on. As of now though, TWD has reached its final chapter and is closing out after the upcoming 24-episode season that will serve as its final hurrah on AMC, at least in this incarnation. There are more spinoffs to come after all, and more tales to be told within the world where TWD takes place, and Fear The Walking Dead isn’t done yet, so there are other stories to follow and adventures to experience. As far as the main story though it will be terminating once the final episode is released, and the best that people will be able to hope for is that perhaps a few of the stars will find success on the spinoffs that are to come and perhaps even in the Rick Grimes movie that’s supposed to be headed to the screen eventually.

As of now, the ongoing action that will come as the result of the end of season 10 is going to find Eugene, Yumiko, Ezekiel, and Princess in the hands of the strange soldiers that ambushed them at the end of the previous season. Whether the woman that Eugene had been speaking to on the radio, ‘Stephanie’ was real or not, or was baiting him so that he might make the dangerous trek to their current location is unknown, but the teaser makes it clear that there will be an interrogation of some sort taking place once the season starts up in August. Given the fact that Eugene has developed quite a bit since his first appearance, it does feel likely that he’ll answer every question as honestly as he can while keeping some facts in reserve as much as he can. But the armored and heavily-armed soldiers that abducted them tend to give off the feeling that they belong to a very well-organized group that might also be a little overly strict when it comes to people entering their territory. To be fair though, the world is a blasted, wasted remnant of itself, so it’s usually wise to be cautious, especially since the living tend to be the worst enemies on this show.

It’s kind of saddening to think that TWD will be going out with less than stellar ratings, but it would be kind of funny if the final season did see a sudden resurgence in the material and an outpouring from fans who might not want the show to end. The fact is that so many people have badmouthed the show over the past few years that anyone deciding to say that the show shouldn’t end would either be a diehard fan or someone that didn’t know how to move on from a show they no longer cared about. Every show has a point when things start to decline and the story becomes less about what fans want and services the ego of the director a little more than it should. The truth is that at some points TWD has been more akin to a post-apocalyptic soap opera at times since they’ve had to focus on the living more than the dead, and attacking the survivors with hordes of the undead over and over again would be pretty boring after a while. The show has had to pull away from the main reason for its existence now and then, especially since to keep doing the same thing over and over would have made it utterly pointless a long time ago. To say that those responsible for the show could have made things a little more exciting at times goes without saying, but one of the many things that a lot of fans don’t always appear to understand is that writing out one script after another and trying to come up with new, fresh ideas isn’t quite as simple as people want to believe. It’s not unbearably difficult, but it’s not easy.

What’s really hard is keeping the fans satisfied, since the reality is that fans want one thing, then another, and then they want something completely different from what they’ve just requested, so hopping from one foot to the other is nearly impossible. The Walking Dead is going to end after season 11, and hopefully it will do so in a way that will leave fans wanting more.