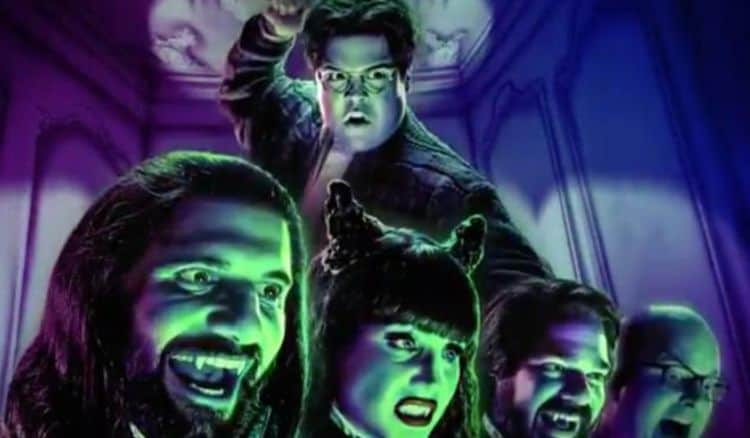 The sense of humor one needs to really enjoy What We Do in the Shadows has to be just a little odd since the show itself is kind of strange in a way that is easy to describe but is almost cringe-worthy when it comes to describing it. A group of vampires in modern times that attempt to integrate with humans and yet still go about their own way of life is kind of hard to get into unless one happens to enjoy this type of humor, and season 2 is bound to be even more of the same as the group continues to display the same behaviors that have made them rather popular with their fan base.  So far looking at the season 2 trailer has made it clear that the vampires will be continuing with their interactions as they attempt to get along with their neighbors and find a way to integrate into society in ways that are a bit awkward but are definitely bound to draw upon the good humor of the fans and give them something to smile about. Given the current state of our society and how many things are changing with the continued pandemic it’s easy to think that this will be one of the shows that people are talking about if they aren’t already.

Vampire series have for a long time been a big part of television and the movies and have been seen in many different ways throughout history as they’ve changed, adapted, and evolved to suit the needs and desires of a populace that has held onto the myths and legends for generations now. While this is one of the sillier versions of the classic tale it’s hard to say that it’s anything but on the mark when it comes to nailing the humor and still holding onto the slightly awkward nature of integrating vampires into an everyday society without people noticing. Andrew Dalton of AP has more to say on this matter. Vampires were considered to be deadly, fearsome creatures for so long that the moment anyone thought to bring humor into the legend it was believed by some that it would be the end of the horror, but in fact the idea has gone off and become a popular theme all on its own since a lot of people have latched onto it and yet still love the classic feel and look of strictly horror-laden vampire movies and shows that come out every now and again.

Vampires and humor have gone together quite nicely over the years as they’ve been included in animated features and even kid’s movies where they have to be dialed down a bit but are still allowed to be somewhat fearsome since otherwise they become little more than caricatures of themselves. In fact some people actually find the humorous side of vampire movies a little more endearing than some of the more serious attempts that have come along in recent years, as many directors have attempted to nail down the essence of vampires in their movies and have either gone way over the top and kind of killed the idea, or haven’d done enough and have left an underwhelming movie behind for people to watch once and ignore. On TV a lot of vampire shows have decided to go the way of the soap opera as they’ve become increasingly dramatic and are best left to teens and individuals that happen to enjoy daytime dramas. But What We Do in the Dark is definitely on a different level since it has the sitcom feel to it that allows the show to present itself in a manner that is meant to feel realistic even as it gives that kind of surreal look and theme to it that’s easy to laugh at and enjoy. While it might not be everyone’s favorite the show has obviously caught the attention of enough fans that bringing it back for a second season was deemed as a good idea. Whether we’ll see it come back for a season three at this point is hard to say, not due to anything that might have to do with content, but more than likely because with studios shutting down at this point it’s not quite certain yet just when they’ll be up and running again.

Until then people can catch up on the first season and enjoy the second as they get into the humor and the overall feel of the show in an effort to decide whether or not it’s the type of series that will catch their interest. The level of comedy, as mentioned, is different in a few ways but at the very least it does cater to those that happen to find it humorous and can get into it without any real difficulty. Whether it will deserve another season or not when the second one is in the books is hard to say.