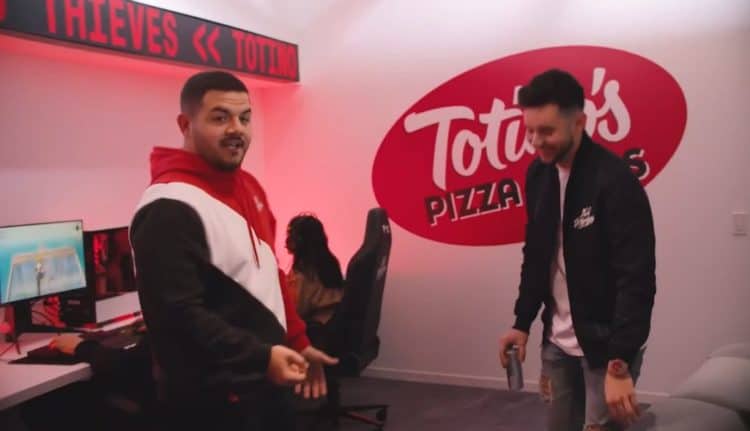 There are a few different views when it comes to esports since the idea is that a person can make a lot of money in prizes when playing a game that they happen to excel in. But many would point out that at one-time video games were considered a recreational hobby. Others would likely point out that other sports have started out in this manner as well, and in some ways remain that way, but the fact is that esports is still hard for people to get behind at times, even if there is a huge following that is comprised of everyone from the stereotypes that could never lace up and perform in the same manner as those that are or have been athletes in the past to those that are fully capable of hitting the field and participating in a sport. But putting $50 million into a training and streaming compound, and having it be seen as essential in these current times, isn’t just laughable, it’s a bit controversial since, despite the fact that this building appears to be mostly empty, the fact is that if an outdoor arena in any sport can’t be packed to capacity, one has to wonder why being kept in close proximity in a building such as this, where most of the work could be done online and from home, would be okay. There’s really no desire to call esports a waste of time and money since it’s a big business that’s pulled in a lot of fans and a lot of profit, somehow, but there is that feeling that it’s confusing simply because people pay to WATCH video games, which is kind of bizarre.

Does anyone remember going to the arcade to just WATCH people play? The idea was that you might get a chance to play eventually, or to challenge the person playing if there was an opening. But esports has taken things to a whole new level since there are teams of players now that have their own following and that a person has to pay to watch, which is enough to make a person ask ‘why?’. Watching is almost never as fun as playing, but hey, to each their own. Plus, with the advent of online gaming that came into play a while back, it’s fair to say that things became even more interesting since being able to play a game with someone that’s half a world away is kind of cool really. But when one gets into the competitive side of it, which is pretty easy for some folks, things become slightly less fun and a lot more serious since there are people out there that will find that some gamers will start spending money hand over fist to gain the kind of advantages that they need in order to dominate the competition.

To be certain, there’s nothing wrong with being able to practice longer, to having the best equipment possible, since being able to step one’s game up to become the best is how pretty much anyone gets ahead in the world. But when doing this for a video game a lot of people will take issue simply because when it comes to games it’s usually considered less than appealing when a person has to purchase virtual modifications to up the likelihood that they’ll win. With esports, the training facilities and the equipment become a huge part of the equation, and whether people like it or not, corporations have spent quite a bit of money investing in esports since it’s been seen as one of the new forms of entertainment that are able to capture the attention of mass numbers of people. To some of us, it’s still insane and silly to think that people are going to sit around and watch others play a video game and that there’s even a commentator at many events, but this has become a big deal to a lot of people, no matter that to many of us it’s still a game, something to do in the off hours when there’s no work to be done and it’s time to just kick back and enjoy. For those that engage in esports though, this is how some of them make their living, and it’s how they live, eat, work, breathe, etc. In other words, this is their world, and anything beyond it is dealt with on an individual basis, meaning that they could be well-adjusted individuals or they could be so introverted that even looking away from their screen is going to give them a panic attack.

But from a personal opinion, spending this kind of money on esports feels extraneous in a big way, since it gives a lot of people the idea that one can survive and thrive while playing video games. If you’re a video game tester that might be possible, but otherwise it’s a huge risk that doesn’t pan out for everyone.