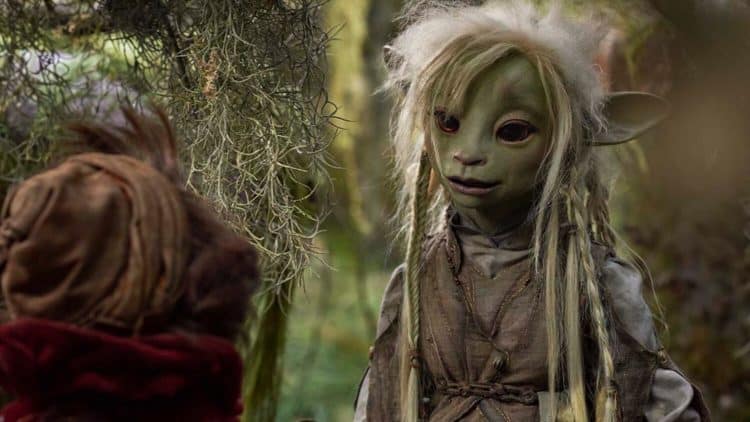 Do you get the feeling that a blooper reel had to be something done on purpose for this reel? There’s likely plenty of blooper moments to be had in Dark Crystal: The Age of Resistance, but it seems that a lot of them are for fun and not really because of technical malfunctions. Germain Lussier of Gizmodo has more to say on this, but it boils down to the same thing. Don’t get it twisted, they probably had plenty of those since quite honestly working with puppets can’t be easy all the time given that they have to look right, move right, and, well, act right. But one thing you should be able to take from this is that the cast and crew did have a lot of fun on the set and likely managed to get a lot done in the allotted time as well. When you consider that each one of the cast and crew that worked on this show had some working knowledge of the original movie and were fans in some way, it was probably a good deal of fun to help it come to life once again.

There were quite a few surprises to be had when it came to the show really since no one really knew what to expect save for the things we’d already seen. The Skeksis, the Mystics, and of course the Gelflings were a common enough sight, but the attitudes of the various Gelflings towards each other and towards the Skeksis was kind of surprising. There’s no doubt that their division was made on purpose to show the differences between them. From the highest to the lowest the Gelflings are divided into clans that are esteemed for certain things, save for Deet’s people, who have been reviled and all but forgotten since they dwell in caves that used to belong to the spider-like creatures that initially side with the Skeksis but eventually turn on them when the dark force caused by the misuse of the Crystal begins to spread throughout the land taints everything it come into contact with. In short, things in the prequel to the movie are so far out of control and despite a victory at the end of the season against the Skeksis, things are only bound to get worse as we already know from the history of how things have gone, and Deet is unfortunately bound to be a key component to the downfall of her gathered people.

Season two is no doubt going to have a blooper reel as well since without one it would seem that it’s all work and no play, but with so much about to happen in the coming season one can’t help but think that the world of Thra is going to be in a serious upheaval since after the losses that the Gelflings have endured and the gathering of the remaining Skeksis, it’s reasonable to assume that the war has only just begun. While the clans have finally united there are questions that need to be answered and threats that still need to be assessed. For instance, the Darkening still isn’t gone as it’s been bound to Deet, who also holds the power of the Sanctuary Tree, which might be the only reason that she’s still alive. Then there’s the idea of whether or not the clans are going to actually get along since at least two of their Maudra’s are dead, and the line of succession needs to be established, as does the matter of whether one clan will rule or if they will combine in a way that assures mutual status for all of them. After all the Grottan, Deet’s clan, weren’t treated all that well when they first showed.

If you couldn’t tell it’s already beginning to become a desire to see the next season, but it will be a while until such a thing happens. That being the case though it’s going to happen that people will begin to theorize just what’s going to happen, why, and how much bigger the world of Thra is going to get. At this point we’ve managed to see quite a bit more than we remember from the original movie, but when you think about it there’s still more to see, and likely more creatures that can be revealed. But what’s interesting to think about is just how far the Darkening has really gone since the Sanctuary Tree is gone now, its power confined within Deet, and there’s a good chance that she won’t be enough to hold back the entirety of the Darkening as she’s taken in only a measure of it. The continued damage to the Crystal is going to keep making it worse obviously, but how much so is bound to be revealed in the coming season, hopefully. There’s still a lot of story left to tell, so hopefully we’ll get at least another two or three seasons out of this.