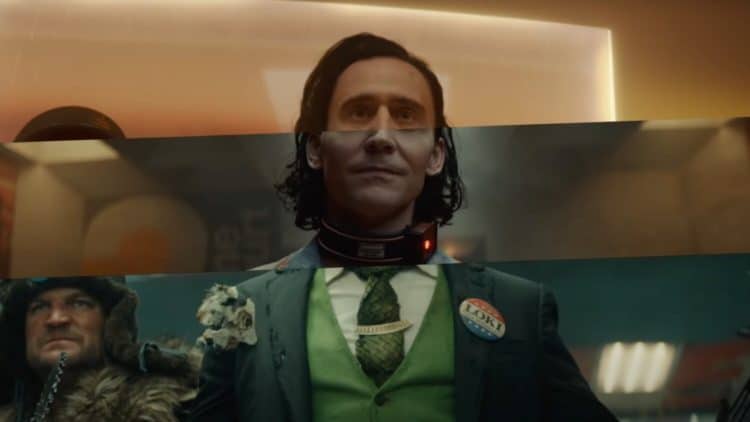 Introducing a character that’s all about chaos into a system that’s typically kept neat and orderly is bound to create the kind of havoc that is best suited to someone like Loki, the god of mischief. The behind the scenes featurette doesn’t really say much that people didn’t already know if they’ve been following the progress of the show, but for those that have yet to hear about it, there’s at least a bit of information that might entice them to tune in this coming Wednesday when the show premieres on Disney+. Those that have been watching the MCU rise over the past decade will undoubtedly be ready and willing to see how Loki’s story is revived and told as he’s taken into custody by the TVA and forced to atone for the many, many things that he’s done throughout his existence.

Considering Loki’s status as a Norse deity that’s bound to be quite a bit since he’s been the type of character that has been mischievous for most of his life, and isn’t bound to change either due to his nature or because there’s no reason to make do a 180 and become a good guy. Working with the TV it already appears that he’s going to do everything he can to get his way, but is bound to be stymied in many ways since, well, they’re the TVA, their authority obviously goes a bit beyond what a trickster god can easily get around. It’s also fair to state that since he’s the reason the system they monitor is in chaos at the moment since his escape with the tesseract in Avengers: Endgame screwed everything up. How this will fit into the overall narrative of the MCU is going to be interesting no doubt since whatever Loki does usually ends up having far-reaching effects, as it’s been seen in previous movies.

There might have been a lot of actors that could have taken on the character of Loki when he was first brought into the MCU, but somehow, Tom Hiddleston has come to personify this character in such a way that it’s difficult to even think of what might have happened had another actor taken this spot. That’s the beauty of casting sometimes, the actor will actually mold themselves into the role in such a way that people can’t really bring themselves to see anyone else taking on the character, at least not with a monumental effort of some sort. At this point, trying to think that anyone else could play Loki is a little difficult since Hiddleston has taken the character and made him into someone that a person might not think is nearly as dangerous as many other villains, but can easily realize is every bit as dangerous thanks to his level of depravity and is devious nature. While other villains might threaten with physical violence and the total annihilation that many fear, Loki is the guy that works behind the scenes and allows the floor to fall out from beneath someone when they least expect it. He’s an opportunist, a thief, and a would-be conqueror that obtains his conquests using anything other than force at times. But that’s why he’s one of the more dangerous villains in the MCU. That’s also why this series should be interesting since it doesn’t feel that he’s going for redemption, even if he’s going to be forced to play along with the TVA.

There’s definitely a feeling that’s been building for years that makes it necessary to understand the villains a little more since the motivations behind their actions and their overall character appear to have become more important than their deeds at times. Instead of simply being evil, a lot of villains have been given a chance to show that what they’re doing is actually justified in some chaotic manner and that they’re not so much evil as practical. With Loki, this doesn’t always appear to apply since he’s pretty much focused on domination a lot of times. He wants the power, he craves it, and yet there is a small part of him that is based around emotions and feelings that he doesn’t let people see that often. Which side of his personality will be dominant in this upcoming show is difficult to say, but from what we’ve seen thus far it’s bound to happen that he’ll remain the trickster and be just as devious as anyone can remember since he’s an unwilling captive of the TVA and will be looking for a way out as quickly as possible. The funny part of this is that even Loki has his limits, and it’s his will against the combined intelligence of the TVA, so it will be interesting to see who comes out on top, and who thinks they’ve come out on top.