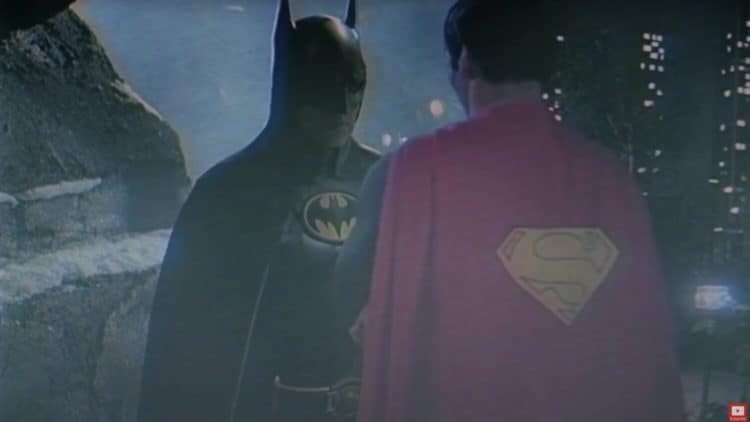 It does feel as though a lot of people would gladly promote this retro Justice League in a heartbeat if every actor could be brought back to perform their role. But as it stands, only Michael Keaton is apparently coming back, and there’s no telling just how that’s going to go. Christopher Reeve passed away after years confined to a wheelchair, unfortunately, and Gene Hackman retired. John Wesley Shipp is in his 60s at this point, as is Lynda Carter, and Helen Slater, who played Supergirl back in the day, is in her 50s. So sadly we’ll never see this Justice League anywhere but here, but it does feel that this team might have been pretty cool had such a movie been possible at one time. Of course, it’s easy to think that at least trying to add in Aquaman, Green Lantern, and a couple of other individuals could have been a good idea, but folks have to remember that back when these movies and TV shows were made the effects still weren’t that great, and some heroes are pretty much effect-driven given their power sets and how they operate. There’s likely a reason that some heroes were relegated to the comics and animated series for so long, as this was where they managed to shine the most.

But in live-action, a lot of DC’s characters usually need just the right actor to make their roles come to life, and Gene Hackman was a pretty decent Lex Luthor, and he easily eclipsed Jesse Eisenberg. The debate over who is the best Batman is still ongoing, but the idea of who made the best Joker is one that a lot of people still feel comfortable with since Heath Ledger and Jack Nicholson still round out the top spots, with Joaquin Phoenix being up there as well for a lot of folks. Henry Cavill isn’t a terrible Superman, but the way that the DC heroes and villains have been handled as of late has been kind of hard to stomach for a lot of people since the effects aren’t horrible, the story isn’t the worst, but somehow when it’s all put together there are moments when people aren’t entirely happy since the movies come off as a bit cheesy and not as impressive as they would like. Wonder Woman, Aquaman, and Shazam are perhaps among the best movies in the DC stable at this time, with Justice League still suffering from the touches that Joss Whedon put on it even as people are continuing to wait for the highly-anticipated Snyder Cut. Many are apparently believing that the Snyder Cut will make everything okay and that the extra footage that will bump up the running time will make it all worth it.

It’s amazing in a way that no one thought to bring out a live-action Justice League back in the day when it was possible to get the heroes together, but then again it would appear that the unification of the heroes wasn’t thought to be worthwhile anywhere but in animation. It’s also likely that the special effects might have come off as a bit cheesy since if the Marvel movies that were marketed, kind of, in the 90s were any indication, it’s simple to see that the lack of faith that they had in their own products might not have been that great. Plus, when it came to DC, Batman was leading the way from the late 80s to the 90s and Superman’s return to the big screen was kind of ‘meh’ with Brandon Routh, as a lot of people might agree. The fact that none of the other heroes were brought forward until later on is enough to tell a person that for one reason or another, DC really didn’t feel the need to push their characters past the small screen any time soon, even if there might have been plans to the contrary at some point. As of now a lot of people could possibly state that it’s about time that DC finally found a way to get the Justice League onto the big screen, though if the Snyder Cut isn’t any better than the movie that was already released, it’s likely that those that are keeping the faith might feel it falter just a bit since like it or not, the successful flop that the Justice League appeared as kind of soured a lot of people on the whole idea.

It’s funny to say ‘successful flop’ since the Justice League movie did make quite a bit of money, but it was still considered to be absolutely horrible due to many things, most of which are being laid on Joss Whedon. In that light, it’ll be interesting to see if the Snyder Cut can really turn things around, or if Whedon will carry the blame if the Snyder Cut bombs out just as much.