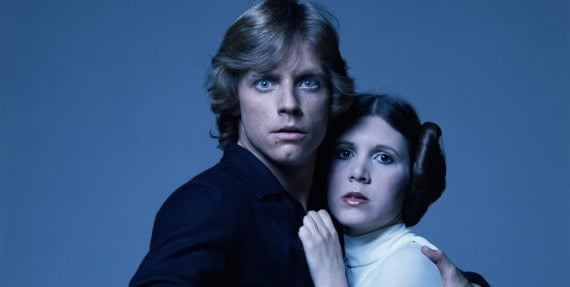 There are times when different genres fit together and feel right, and then there are moments such as this when it would appear that someone was bored and decided that they would just mash things together and see what happened. It’s easy to give this fan credit for editing the trailer in this manner since that part was well done, but the whole idea of blending Star Wars with the Mission: Impossible theme was kind of, meh. Maybe it has to do mostly with the idea that if there was a comparison between the two that Ethan Hunt and his team would be more like the varied specialists that the Alliance would send in on covert missions rather than the heroic and sometimes morally questionable characters that we’ve come to idolize over the years. Can you really see Luke Skywalker being into espionage when he was younger? The guy could barely contain his emotions most times, so staying cool undercover doesn’t feel as though it would be the best fit. As for Han and Chewie, being inconspicuous might be possible at times, so long as no one can remember a huge, hairy sidekick that has a penchant for roaring when he feels the need and a pilot that’s a little too cocky for his own good at times. In fact, the only two that do feel as though they’d fit just fine into a Mission: Impossible them would be Princess Leia and Grand Moff Tarkin.

There’s a reason for this of course, and that’s simply that they’re two of the more effective characters in the story that aren’t bound to fly off the hook at any given time. Leia could be and actually has been a key operative at times since she knew how to get in and get out of a situation at times, while Grand Moff Tarkin is kind of a token bad guy that’s good at being the authoritarian and the person that’s removed from a good portion of the physical activities, but acts as a mastermind that can orchestrate various situations. Of course, he’s bound by the Emperor’s decisions, but he’s still shrewd enough to have done plenty of damage on his own in his time. Plus there’s the idea that using Darth Vader as his muscle would be acceptable as well. In that light, Obi-Wan might still be seen as the wise old man behind the Alliance that is capable of pulling a few strings of his own to help them out. But of course, Star Wars didn’t work that way since the only strings really being pulled were by the Empire, and they tended to fashion them in the shape of metaphorical nooses to use on those that they wanted something from or those they could use as leverage. There are a few ways to fit Star Wars into a Mission: Impossible type of story, but it’s still a tight fit since the difference between the genres is still far and away something that that takes a lot of work to fit in just the right way. But likely as not, there’s a way to do it to make sense.

There’s no shortage of people trying to make mashups on the internet and it feels as though there never will be since anything that can be taken and twisted or fit into something else is bound to get the treatment now and again. What’s fun about this is imaging whether or not it could have worked in some parallel universe, which is something that many people might agree with. Some might go so far as to say that it could be entirely possible if someone with the right amount of ambition and technical skill could take old footage and make something out of it. Given what’s happening with Deepfake and many other technological wonders in the entertainment industry it feels like a matter of when, not if, when it comes to such things happening. It might take a while, but there’s for certain an inkling that such things could be on the far horizon simply because someone feels the need to make it happen. To be fair it’s not a horrible idea and it could be kind of funny if someone decided to attempt it. The best thing anyone can do is have a sense of humor and admit that it would be interesting to see someone try, even if it turned out a bit goofy and disjointed.

Hardcore Star Wars fans might actually find it either cute and amusing or not at all funny and kind of blasphemous since some folks take their favorite pop culture icons seriously. But sitting back and just trying to imagine if it could work is fairly intriguing, even if it’s all a matter of perspective, as it is with anything.