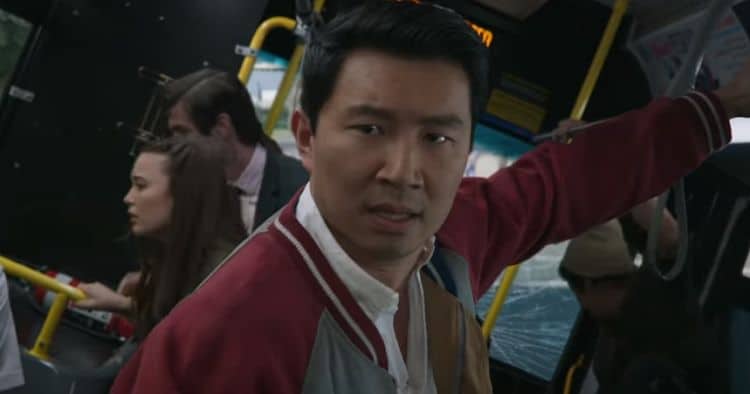 Simu Liu makes a great point about the origin story of Shang Chi since to be fair, the fans have been given the origin stories of many of the more well-known heroes for years, and those origin stories have been altered now and again depending on the director and on the time period, but there are other heroes that have never really been given a solid backstory. Shang Chi is one of the many Marvel heroes that many people don’t know about, but come September this is bound to change since the teaser is making it very easy to get into the idea that the movie is going to introduce this character in a manner that will not only integrate him into the MCU in a convincing way but will perhaps even create a story that will help to continue building the Marvel universe in a manner that’s a little more diverse and expansive. One could argue that the movies have been expanding and pushing boundaries to try and encompass as much of the world as they can, utilizing various locations and cultures to bring a more inclusive feel to the big and small screens, and Shang Chi will continue to do this once he’s unleashed on the audience.

Learning more about this character and how he can be integrated into the MCU will be interesting since the Marvel universe has plenty of characters that are skilled fighters and even have roots in the martial arts and even in mystical backgrounds. But Shang Chi is a character that combines these elements into something that are bound to satisfy fans in a manner that a character such as Iron Fist simply couldn’t. The funny thing about Iron Fist is that many people took issue with Danny Rand being a white male that learned the secret martial arts that turned him into the man with the glowing fist, but it was perfectly okay for the comic to exist, and many people would even take the time to come to his defense when anyone mentioned who was the greatest martial artist in the Marvel universe. It’s funny how things change once certain trends are seen to take over, but with Shang Chi, it’s easy to think that a lot of people will be more accepting thanks to the stereotype that’s being pushed, and will no doubt look for other moments to gripe about. So far the teaser makes it apparent that the movie is going to contain plenty of action, and the appearance of at least half of the fabled ten rings adds to the suspense as many people are going to want to know more about this aspect.

Thanks to the confusion with the Mandarin character and the Ten Rings faction used in Iron Man initially, there’s bound to be a lot of explaining that needs to be done since otherwise, it feels as though people are going to be greatly confused by the ten rings in the movie and the idea that Shang Chi might be fighting the Mandarin, which some folks might think would be the character that Ben Kingsley took on. There’s a great deal to talk about before Shang Chi hits theaters in the next several months, but it’s fair to say that this won’t be the only article that will cover the movie and the many different facts that will be forthcoming. At this time it’s simply enough to get to see the teaser and realize that the movie is going to be something fun to see as Phase 4 continues to roll out, giving the MCU a much-needed expansion that will likely continue in many different directions as the various stories continue to travel down their paths. How they’ll come together since this is the expected outcome, is unknown at this time, but one can easily assume that many folks are going to start guessing away and will likely come up with a few dozen theories that will explain just about anything and everything that a person can think of that might be coming up at some point. That’s kind of what the MCU fans are good at these days, even if their theories get a bit rabid at times.

It’s bound to be a long wait, or will at least feel like, until September, but given how long people have been waiting for other movies such as Black Widow, it’s not that long at all and should go fairly quick. One can only hope when Shang Chi does release to the theaters that people will be excited enough to pack them as much as they’re able and experience the emergence of a hero that’s not new to Marvel but has been hidden away for far too long. In a big way, Shang Chi could help Marvel in a very profound manner.