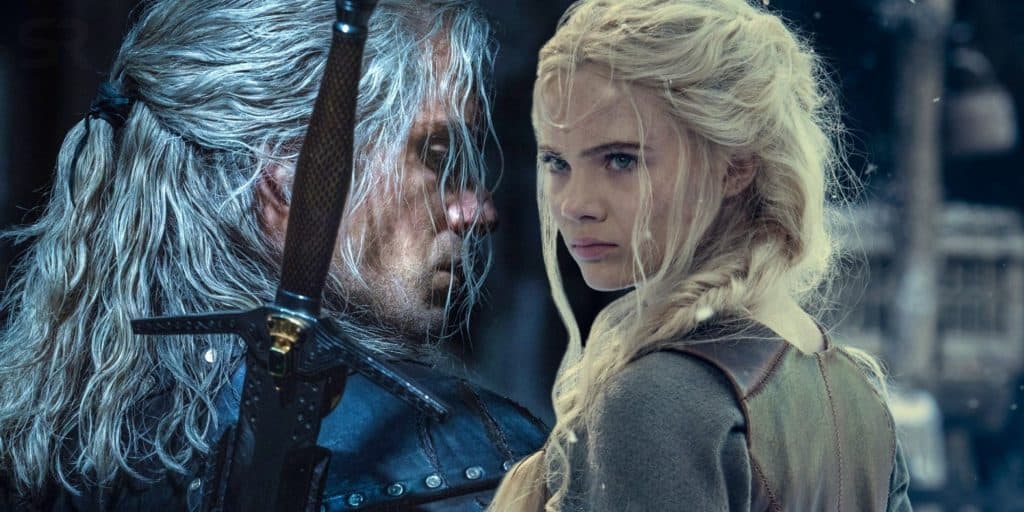 There isn’t a lot to see in the teaser trailer to The Witcher season 2, but there is an indication that Ciri will be playing a much bigger and more impressive part this time around, and that Geralt of Rivia will be changing just a bit as things move along. There’s also the idea that Yennefer will be in a pretty tight spot when the show returns. The images revealed in the teaser flash by so quickly that it’s easy to admit that they can gain a person’s interest, but apart from that, it’s bound to happen that we’ll need to wait and see what happens in the coming season when it finally arrives. Those that have read the books will no doubt have a good idea that we could see Geralt and Ciri make their way to Kaer Morhen, where Geralt was trained and turned into a Witcher, which means that Ciri’s power is bound to be cultivated as she undergoes her training. Fans of the Witcher are bound to be getting pretty excited at this point since the return that many were expecting in 2020 didn’t get to happen as production shut down thanks to the coronavirus.

The need to keep the cast and crew safe and secure was of great importance, however, as many shows had to undergo long delays before they could get back to work. But as of now filming on the second season has been wrapped since April, and the show is set to appear in late 2021. The focus on Ciri and her growing power will become a big part of the show it would appear, as the Lion Cub of Cintra spent much of the first season simply trying to escape the clutches of Nilfgaard as Geralt was on a quest to find her. This is where there the books will finally pick up the main story and the prophecy surrounding Ciri’s life will come into play, and this is where things tend to get a little confusing for those that might not have been reading the books, or haven’t seen season 1.

Needless to say, it might be best for those that haven’t yet seen the full backstory of Ciri and what we’ve already seen of Geralt, Yennefer, and many others in order to fully understand what’s going on, and why Ciri is so important. By the end of the first season, Geralt and Ciri had finally found each other, as the Witcher had been bound to take care of the young woman. After saving the life of her father Duny, Geralt claimed Ciri as his reward by the Law of Surprise. The thing is, Geralt didn’t take this seriously, at least not until it had become an inescapable pact that he could not break. That sounds a bit brutal, thinking that anyone can simply claim another human being as a reward, but the world in which Geralt and those around him live is a much harder place than many are used to, and the laws that govern this world are pretty strict. Ciri and Geralt are connected in a way that defies easy explanation but has a lot to do with destiny.

It’s a big hope that the story will start lining up with the books at this point since if anyone has read the books, and many have, they’ll know that Geralt and Ciri’s lives start to get quite a bit more interesting despite the fact that season 1 covered a bit of ground when it comes to both of them. Yennefer will also become of great importance to the story, as will several other characters as things begin to change and shift in ways that a lot of people might not fully expect. While the teaser trailer didn’t give us much in terms of an explanation, there are already plenty of individuals out there that are gladly analyzing and breaking the teaser down bit by bit in order to figure out what’s really coming and what each image means. Some of us like to sit and wonder what will happen and what will come as the anticipation continues to build over the coming months.

Expectations are pretty high for season 2 of The Witcher since the first season saw the show become one of the most popular on Netflix. In fact, it was a direct contender for The Mandalorian that was featured over on Disney+ but with that show now reportedly being held up until early 2022, it could be that The Witcher might have a chance to get out in front and become one of Netflix’s most-watched shows ever if things go well. At this point, it would be unwise to doubt such a thing, but given that the feel of the show might change just a little bit as Ciri’s journey takes on the greater precedent it’s bound to happen that some folks will be watching carefully to make certain that the show maintains its integrity.