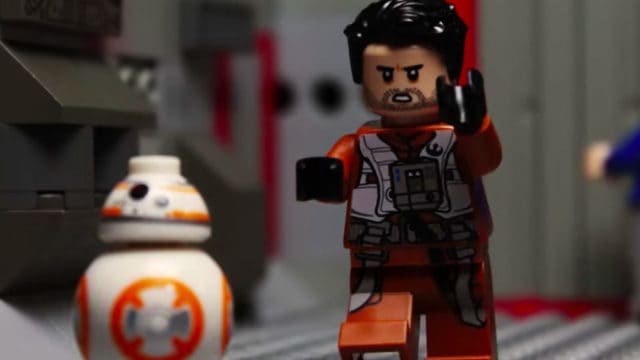 When the Star Wars: The Last Jedi trailer initially dropped at the 2017 Star Wars Celebration in Orlando fans could not stop talking about it for the first 24 hours.Â  Upon further inspection people are seeing how much it’s just like the initial Force Awakens trailer.Â  Not only that, that the trailer could very well be an homage to the trailer of Man of Steel.Â Â  No matter what your interpretation of the trailer is, it’s clearly one of the most anticipated films of the year.Â Â  But I also think it’s safe to say when any movie gets the LEGO treatment that it’s definitely worth watching.

The team at Toscano Bricks has recreated the trailer for Rian Johnson’s Star Wars: The Last Jedi using LEGO pieces (and a dash of CGI), and the results are pretty great. It’s hard to imagine anything using these same pieces and same tech getting much closer to the real thing. A+ for accuracy, guys.

Check out the video below – via Geektyrant