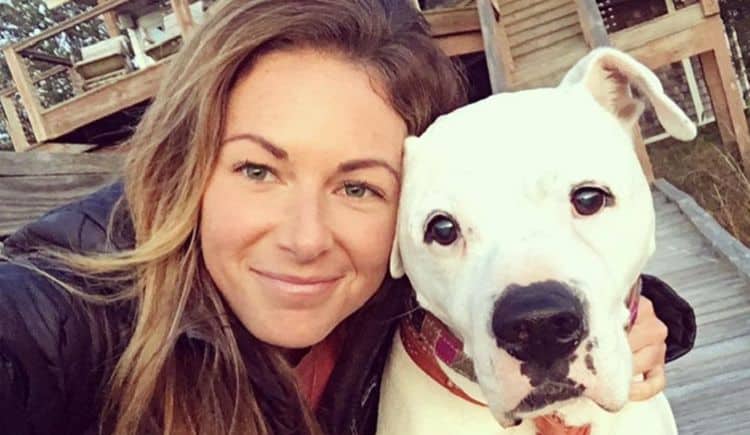 Fans of reality TV are likely already familiar with Chelsea Meissner thanks to her star turns on Survivor: One World and Southern Charm, the long-running Bravo reality TV show that offers a glimpse into the lives of seven aristocratic socialites from Charleston, South Carolina. Chelsea joined the show in season 5 and proved popular enough with viewers to be asked back for season 6, which debuted on the network on May 15, 2019. If you’ve watched the show and are intrigued to find out more about the southern charmer, keep reading.

Many of today’s breed of reality TV show participants have abandoned their former professions to make reality TV their full-time source of income. Not so Chelsea, who continues to show off her skills with a hairbrush and blow-dryer in her 9-5 career as a master hair care stylist. Chelsea currently works at the Willow salon in Charleston but fosters aspirations of opening her own salon in the future, and of even launching her own line of hair products.

2. She loves a round of golf

As viewers who remember Chelsea from Survivor: One World will know, the Southern belle is no slouch when it comes to physical activity- something that’s very much reflected in her choice of hobbies. As well as enjoying golf, hunting and horse riding (she was a former state champion equestrian rider), Chelsea love getting down to some serious watersports — whether it’s wakeboarding, fishing, surfing or boating, she’s a fan of them all.

When asked to reveal her pet peeves back in her Survivor days, Chelsea had no trouble in listing a few of her main irritants. According to her CBS profile, Chelsea hates slow drivers and people who stand too close to her at the checkout line.

Chelsea is currently dating fellow Survivor alum, Nick Dana. Dana is a professional sailor and member of the Vestas 11th Hour Racing team. The couple announced their relationship back in summer 2018 when Chelsea shared a photograph of the two in the Netherlands, where Dana was competing in a sailing event. After Southern Charm cast member Cameran Eubanks gushed “So happy you found your STALLION!” in response to the post, Chelsea gave a glimpse into her own feelings with the reply “@camwimberly1 Sometimes life just gives the lemonade.”

Chelsea may be happily loved up these days, but some of her past relationships have been less than joyous. Her relationship with Austin Kroll is just one example. Despite the pair remaining friends since their spilled, things took a turn when Chelsea revealed last season that she had been the one to finance Kroll’s extravagant lifestyle during their time together. Apparently, Kroll didn’t take kindly to the reveal and has made several unflattering or straight out negative comments about his ex to other castmates and social media followers since.

6. She has a stunning home

In 2018, Chelsea invited photographers inside her home to show the stunning results of her renovation efforts. The new design of the house was largely down to Chelsea’s friend, Kim Spraldin Wolfe, who took inspiration from Chelsea’s character to come up with the overall aesthetic. “My main goal while envisioning how Chelsea’s house would feel was that it would be a reflection of her. Extremely cool, laid-back, a bit edgy, yet beautiful,” she told Better Happier. Chelsea clearly got more from the experience than just a beautiful interior, telling Better Happier: “I don’t know if I’ve ever felt more empowered,” she said, “not only by my new home but by the women surrounding me.”

7. She was second runner up on Survivor

When she joined the cast of season 24 of Survivor, Chelsea was determined to claim the crown. Although she was attracted to the idea of testing her athletic and gameplaying abilities, she openly admitted the main reason she’d signed up to the contest was to win the big pot of gold at the end of it. While she may not have bagged the title (she ended the show as second runner up), Survivor did at least propel Chelsea into the spotlight, giving her plenty of opportunities to make up for the lost prize money since leaving the show

8. Her mother is her inspiration

Chelsea was bought up in South Carolina by her mom, who raised both Chelsea and her brother single handily. Single parenthood is never easy, but Chelsea’s mother had the added challenge of raising her kids while battling a serious health condition. Her strength and positivity clearly had an impact on Chelsea, who’s since gone on to credit her mom as her main inspiration in life. “She worked hard to keep a roof over our heads. She survived Lyme’s disease and has been a fighter her entire life,” she told CBS.

9. She was a finalist on Miss Survivor

Post- Survivor season 24, Chelsea continued her affiliation with the franchise by appearing on the Miss Survivor contest, a post-game event in which viewers are given the opportunity to vote on their top 5 survivor contestants of all-time. The contestants must then explain why they’re worthy of the crown of Miss Survivor before viewers cast their deciding vote. Chelsea had the honor of being one of the three finalists but ultimately lost out on the poll position to RC Saint-Amour.

In a bid to capitalize on her fame and add a few more dollars to her bank account, Chelsea has taken to brand endorsement and product placement on her various social media accounts. While her exact net worth is unknown, Slice believes her brand endorsements, salary as a hairstylist, and appearances on Survivor and Southern Charm have given her a net worth of approximately $1.2 million.